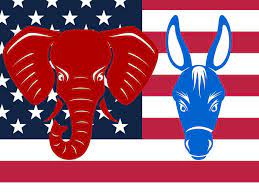 Former Vice-President Walter Mondale died Monday night at age 93.  Being a Minnesotan like Mondale put me into a reminiscing mood and I thought of the 1970’s when Mondale was our state’s U.S. Senator and elected with President Jimmy Carter as Vice-President in 1976.

It also reminded me of a lesson from my dad about business, specifically our funeral business and politics that I learned as a junior high school student (Middle School today) back in 1972.

Back in 1972 Jon Haaven was running for Congress in Minnesota’s 7th Congressional District against incumbent Bob Bergland.  The Haaven’s lived within three blocks of our home (and our funeral home) and Mr. Haaven’s daughter, Melinda (Mindy), was a classmate of mine.  I can remember Mindy telling us at school that if we wanted a “house sign” for her dad in our yards,  all we had to do was tell her and she would bring it over.  I still remember the signs. . . they said, “This is a Haaven House”. . . . actually, not bad marketing!!

Now, I knew my dad liked Mr. Haaven and was going to vote for him simply by listening to the conversations at dinner.  However, when I asked him about the sign he said something like this, “We are in the funeral business and we care for both Democrats and Republicans.  Because of that, I don’t think we should put up  a sign that shows favoritism to one or the other.  Let’s just keep politics out of running our business.”

I think of that every once in a while when I see where the political pendulum has swung in our country since that election in 1972.  I believe it is fair to say that people’s politics in 1972 were much more moderate than they are today.  That presidential election (1972) pitted incumbent moderate Richard Nixon against one of the first people in modern history to go against the status quo of moderation, George McGovern.  You can see the results here which show an electoral college victory for Nixon by a 520-17 margin.  McGovern only winning Massachusetts and the District of Columbia.

Going back to my dad’s advice about keeping politics out of business makes me wonder about the businesses of today being vocal about where their support goes.  They’ve always had favorites, but they were kept quiet and their preferences showed up only by their lobbyists in Washington, DC.  It’s much different than that today where companies are vocal about showing their support to one party or the other.  Using my dad’s thinking, I wonder if these companies are helping themselves or hurting themselves with this approach.

I put the link to the election of 2020 in this article simply because I found it interesting to show the contrast of which states now hold electoral power in Presidential elections.  The contrasting maps on the elections of 1972 and 2020 also show the movement of the population (through the number of electoral votes each state had then and now) in our country in that almost 50 year period.  I find it kind of fascinating. . .Here are a couple examples:

The shift from the Midwest and Northeast to the South and West.

When you really think about it. . . . that movement in demographics not only played a role in America’s national elections, but it has played a role in how funeral businesses have been built.  The increase of services in the cities such as Orlando, Phoenix, and Los Vegas are reflected as is the result of less population around the Great Lakes which has led to a decrease in the number of funeral homes.  Just another reminder to know the demographics of your community when making business decisions.

Vice-President Mondale:  I’ve known for sometime that one of my colleagues (and her husband) on the University of Minnesota Board of Regents has lived across the hall from Vice-President Mondale in downtown Minneapolis since the Vice-President has been widowed in 2014.  She and her husband have been a big part of his friendships in that time period.  In a call I had with her while writing this article, she told me that all of the living current and past presidents had called former Vice-President Mondale within 24 hours of his death.  For what it is worth, I find that sense of fraternity, especially among political rivals, somewhat humanizing among all the spears that are thrown their way.