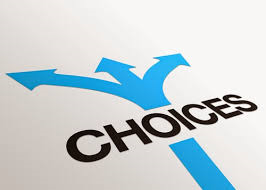 I spent three days last week in Las Vegas with about 150 other people from the death care profession.  The group is a wide mix of people, with all of us having the death care industry in common.  Some are small funeral home owner/operators like me, some are CEOs of the largest public death care companies, some are cemetery operators, some are suppliers, and some are well known consultants in the industry.

I’ve attended this event almost every year since 1991 when I was first invited.  It is the only event where I have the chance to sit at the same dinner table with the CEO of Batesville, visit with a person who owns 50 or so mortuaries, or have a cup of coffee with some nationally recognized consultant.  All in all, I get a wealth of knowledge out of my attendance there.

One of the first decisions that I had to make upon arriving in Las Vegas was how to get to the hotel.  Cabs are plentiful. . .all I had to do was jump in one and be taken to my hotel and I knew the price would be about $30 plus tip.  Or, I could do a little work, simply requesting an Uber from my phone, waiting a few minutes (in this case it was four), and get a ride to my hotel for $12.  I chose Uber because I’m not afraid to do a little work. . . and I like saving $18.

So, I had “Choice”. . . but only because Uber was able to take “transportation” and offer a new way to do such at a lower cost.  Not everybody, like me, needs full service cab service. . . especially when Uber solves my “transportation” from airport to hotel dilemma. . . and at a lower cost.  Taxicabs had always worked for me, but when someone dreamed up a “ride sharing service” like Uber it certainly “drove my decision” to use it.

Where does that fit in the death care profession?  I’ve been around long enough that I was here to see “low cost cremation” services marketed to the public beginning in the 1970’s.  When cremation dispositions were only about 2% nationwide those people created a service that solved a problem much like my “transportation” problem.  They created a solution for a human disposition at a low cost and the consumer – over the past 45 years – has really accepted it over the traditional casketed burial solution.  So, I would argue that while cremation was available, it was these low-cost leaders that provided the choice that consumers effectively showed, over time, that they preferred.  And many in the industry got left behind because they only started providing cremation when the consumer demanded it of them.  In that meantime, they lost market share because they did not “provide the choice”.

Where will the market go next in our industry?  I’ll take an educated guess and say two things that will drive the consumer choice in the next decade will be the environment and price.  I think the two major movements by the consumer in the death care space will be more of a “do it yourself” approach to services which will lead to the consumer doing some of the work, like filling out the death certificate online and conducting services or celebrations on their own, which will lead to a bottom dollar approach to the “Direct Cremation No Services” market and a thought process by the consumer of environmental concerns.  I believe that that will take the road of alkaline hydrolysis or what some call “water” or “green” cremation.

I would argue that the best way for traditional funeral homes to stay viable in the next decade would be to make the infrastructure improvements to their existing businesses in equipment, expenses, and pricing, so that they can “drive the consumer choice” towards their place of business.  Nothing stays static forever and using knowledge to see where the trends are moving can give you a leg up on the competition.  If you don’t, you may end up like that long line of cabs at the Las Vegas airport waiting for fares wile their former customers are hailing Uber.