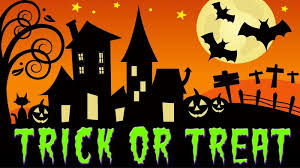 I point that out as, especially urban cemeteries, have become places to walk a dog, to hold yoga and meditation classes, to have a cemetery hosted family movie night on the outdoor lawn, or to just go for a walk through a beautiful place for the exercise and contemplation.  As a matter of fact, I’ve pointed out on this site before that I actually ride my bike through our city cemetery on summer Saturday mornings as part of my exercise routine.

However, some people are wondering, as you can read in this York (PA) Dispatch article, where should the line be drawn.  The Mount Rose Cemetery of York, Pennsylvania, has announced its initial “Trick or Treat” drive thru event for next Saturday — Halloween.  According to the article, Mount Rose Cemetery Supervisor Amy Cincibus is quoted, “Our team wanted to get together and do something positive for the York community.  While many events have been canceled, we wanted to provide a safe and fun way to provide some normalcy to families with a ‘touch free’ trick-or-treat event.”

On the other side of the issue are those community residents such as Amanda Lesh, who has grandparents and a son buried at the cemetery.  She is quoted in the article as saying this, “It’s not a place for entertainment, it’s a place for grieving families to go and pay respects for their loved ones. . . . .They’re taking other people’s grief and making it fun.”

Another community resident who has relatives buried at the cemetery is Amy Anderson who has another opinion on the subject according to the article.  She is quoted as saying, “It’s a wonderfully creative idea.”  The article also said that Anderson said, “. . . this event would be the perfect way to allow kids to participate in a Halloween event while being safe during the ongoing COVID-19 pandemic.”

It appears that Mount Rose Cemetery of York County, Pennsylvania, is a Dignity Memorial Cemetery, owned by Service Corporation International.  Here is their website.

Funeral Director Daily take:  I found myself torn with this issue.  I’m an old school type of guy who believes that cemeteries are hallowed grounds where those who have gone before us rest in peace.  On the other hand, I’ve lived long enough to know that peoples’ views on different things change over time and if we have something available to us that can give joy to others. . . what is the damage in allowing that to happen?

In urban areas where green space is in limited quantities cemeteries have proven to be great places to walk, contemplate, do yoga, and the like.  However, as those with loved ones buried at Mount Rose might suggest. . . those are different activities than trick or treat events.

My guess is this issue probably falls under the NIMBY situation — “Not in my back yard”.  As I mentioned, I don’t have a real issue with this idea, but then again, it is not happening in a cemetery where my mother and father are resting.

As I’ve aged and simply lived life, many times trying to see it through other’s eyes, I’ve concluded that life is not black and white, but various shades of gray.  It is issues like this that I am glad I am not involved with having to make a decision.