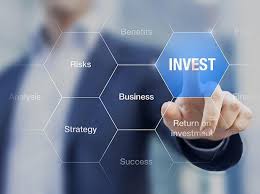 I recently read an interesting article, authored by funeral industry veteran Doug Gober, in the Memorial Business Journal published for members by the National Funeral Directors Association.  Gober, who’s been around the profession for a long time gave an interesting sequence of events beginning with when money flowed into the profession from the public companies.

He continued by telling us that it is not only the large companies that have access to capital in this day and age, but smaller firms and even people outside the industry have access to capital through private equity and the willingness of local and regional banks to invest loan proceeds into the death care business in today’s world.  I think he is right.

Gober also talks about the three places that he sees the majority of this money going to:

Acquisitions somewhat speak for themselves as there is always a company looking to buy funeral homes.  Simply speaking, here’s what Gober says about that environment, According to Gober, “as many as 50% of existing funeral home and cemetery business in the United States will change hands in the next few years.”

Acquisition companies know this, regional consolidators know this, and the competitor down the street knows this.  That’s why there is activity in this realm.  And, when you couple that with what Gober calls the “fastest declining area” of where money is going (or not going). . . that of intergenerational ownership. . . you can see why the dollars are being spent on acquisition activity.

At Funeral Director Daily, we agree with Gober on the acquisition environment, but we also believe that buyers today are cautious and the price of a business being sold will be a function of the cash-flow that business is able to generate more than ever.  Just because there are multiple buyers in the arena doesn’t mean that they will throw out high purchase prices.  With the advent of lower revenues per service becoming the norm for many death care businesses, acquisition targets are going to have to prove that they can continue at their profitability rates.

That brings us to the second point of Gober’s money flow thesis. . . .”Investment in current businesses”.  Again, from our point of view at Funeral Director Daily, we think this is crucial to not only building a better bottom line but building that better bottom line while having your facility “acquisition ready in a turn-key fashion” should you decide to sell.

Gober opines, and we agree, that the current best investment for any funeral home that does not have one is to invest in a crematory.  The market has been moving that way for years and, when you see the return that can come from operating your own crematory over time, it makes all the sense in the world to make that investment.  Here’s actually what Gober says in the article about that idea:

“The number-one way to invest money in a business today is to add a crematory,” he said. “The most important button on your first cremator is the financing button. Not only does research prove it to be a good idea, but empirical data also support that it’s a good idea to add a crematory when it makes financial and logistical sense.”

The only question that Funeral Director Daily has on the crematory question is that we have some belief that alkaline hydrolysis may soon follow the history of the cremation trend as a disposition method for consumers.  We might ponder that “if you are going to add a crematory, why not add a alkaline hydrolysis unit also and price its use at a premium to flame cremation?”

Finally, we see one other area that has seen investment by the private equity investor in the death care space.  We simply call that sector “Innovation”.  And, we see innovation as two distinct segments.  The first segment is that of “disposition innovation” and includes investment into new forms of human disposition such as recomposition (human compostion), resomation (water cremation/alkaline hydrolysis), and even promession (freeze drying into eventual powder).

The second part of the “Innovation” funding sector we see is that of companies, mostly in the technology realm, that exist to make a current funeral home or cemetery operator’s job easier.  Think of the firm Tribute Technology and the private money that went into the consolidation of several death care support companies that were put together to bring a company of value to the market.  Here is the web-site for Tribute Technology.

We continue to foresee these types of what I might call “Death care helper” innovation companies continue to be financed and grow.  There’s plenty of room for these companies if they can make a funeral director’s job easier,  a death care client’s satisfaction higher, and add to the organization’s bottom line.

As Gober points out in his article, a lot of money has been made in America in the last 70 years.  At Funeral Director Daily we believe that there are individuals and groups of individuals who believe that there is more to make in the greater death care markets.  It will be interesting to see how the consumer, moving forward, will have an impact on those changes via the disposition choices and technology offerings they choose.  As smart as we think we might be, it will be the consumer and their decisions on death care that will move the dial and eventually let us know which investments turned out the best.

Enter your e-mail below to join the 1,920 others who receive Funeral Director Daily articles daily: