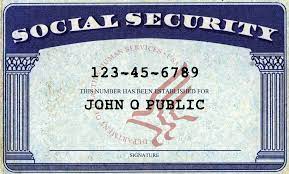 This is the week that Congress should act on the Biden Administration’s key piece of legislation, the $3.5 trillion “Human Infrastructure” bill.  Regardless of what happens or how you feel about that bill, I thought it would be interesting to look back on how death care has fared from the other two large social bills passed in American history — the New Deal and the Great Society.

The New Deal –– Here’s an article on the New Deal which was formulated to give America a path to prosperity out of the valleys of the Great Depression.  Again, one of its programs was the Social Security program and part of that program that affected funeral service was the “Lump Sum Death Benefit” (LSDB).  Most of us recognize the LSDB as a $255 benefit available to some families or spouses who have lost a loved one.

Contrary to a lot of people’s belief, the lump sum death benefit was never intended to be a “burial benefit”.  According to this short history of the LSDB, “it was intended to give some equity to individuals who died prior to retirement age and never received survivor benefits.”  A mathematical formula was instituted for this benefit and in 1939 the average LSDB paid was $96.93.  This chart will show you the growth of the benefit until it was “maxxed out” at $255 per death in 1982.

When I started in the funeral home business in 1980 every death of someone who had paid at least one payment into Social Security received a $255 benefit.  At that time the Social Security Administration sent the proceeds directly to the funeral home to be applied to the funeral bill.  The Omnibus Budget Reconciliation Act of 1981 changed that benefit to what it is today — “whereas the only people eligible for the LSDB are a spouse who was living with the worker at the time of his death, or a spouse or child who is receiving monthly benefits on the worker’s record.”

The Social Security Administration’s LSDB is a true national program where benefits are the same regardless of which state you live in.

The Great Society — One of the programs that the Great Society brought us was Medicaid.  Medicaid is a “federalist” program whereas the federal government allocates Medicaid resources to states and then gives states wide latitude in how to spend those dollars.  Most prevalent among states in how they spend these dollars are for low-income health care and nursing home expenses.

The rub for each state, and where this benefit has helped death care, comes in how “low-income” is characterized in those individual states.  In all states there is a financial bar that defines “low-income”, but that bar generally exempts some financial assets.  One of these exemptions is generally money set aside to pay for one’s funeral.

Now, I’m guessing that when the Medicaid portion of the Great Society was debated in Congress, nobody thought of an industry that would be created by it . . . . the funeral preneed industry.  In my opinion, the insurance based funeral preneed industry, if not started due to Medicaid, certainly grew by leaps and bounds because of it.

I can trace our own funeral home’s entry into the “set-aside” of money for your funeral back to 1965 when Minnesota residents were allowed to put up to $750 away in a bank trust fund to help pay for the funeral at a later date and still qualify for state government paid nursing home care via Medicaid.  In my opinion, preneed has become a standard of the insurance and death care industries, however, the industry was helped on its way by differing states and their “asset based rules” for Medicaid inclusion.

Here’s an article on the Great Society.

So, it will be interesting to see what happens to the Biden Administration’s “Human Infrastructure” bill.  Like the other two large social welfare programs of the last century, I’m guessing that even if we don’t realize it today, there will be something in this bill that affects the death care industry over time.