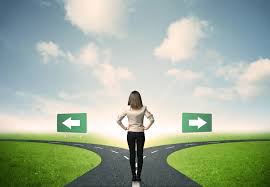 I don’t know if it is just me or others see it too.  For years funeral directors seemed to work in anonymity, but when someone called us we were always there to answer.  However, because of the Covid-19 pandemic, I seem to think that funeral directors and morticians are finally seen in our society for the good we do.

I also think that is a good thing. . . and that it will lead to better things in the future.  One of those better things may be more people entering the profession simply because people are realizing the good we do.

We aren’t there yet. . . we still have a shortage of funeral directors in the USA. . . and jobs seem to be plentiful in almost all locales.  Maybe some of our new found notoriety will help with this shortage.

Many of you have a story of someone discovering the positive aspects of being a funeral director and having that person become one of the fraternity of us.  I recently read this story form the restaurant publication Grubstreet about one such case.  The article interviews 30-something Danielle Hengge, who worked as a bartender in New York City until the pandemic caused massive layoffs in that industry.

Between the layoff, her father passing away, and her interest in mourning practices, she made the difficult financial decision to become a funeral director/mortician and is now studying in New York.  She is quoted in the article, “. . it’s hard to make big decisions like that, especially one as financially draining as school. . . .(but) to have the opportunity to get into an industry that I’d already been interested in. . . it made sense to me.”

She also is quoted, “But a big part of why I was interested is because of the shift toward more young women entering the field.  Also, just changing attitudes about death and death practices in this country.”

Funeral Director Daily take:  I don’t know how long it has been. . . but at least the last decade where I have continuously heard that there is a shortage of funeral directors/morticians.  Stories like this, where people have seen our profession and can see themselves fitting in, are heartwarming to an old funeral director and necessary for our profession to have that influx of solid, new professionals entering with new ideas.

I would argue that funeral directors are more professional than ever before, and we have to be, because the consumer public is more discriminating on how they are served.  Anything we can do to bring bright young people into our profession is a positive going forward.

Related — I had barely finished writing the above article when a press release came to my attention about the Funeral Service Foundation and its scholarship program.  Perfect timing.. . . . here’s some information just in case you have someone looking at becoming a funeral director.