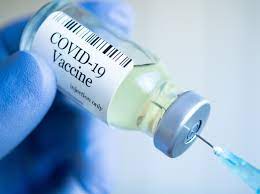 “We have been patient.  But our patience is wearing thin, and your refusal has cost us all.”  According to this article from Yahoo Finance, those were the words of President Joe Biden when he announced last Thursday the upcoming Covid-19 vaccine mandates for American businesses.

According to this article from Yahoo Finance, “a new Labor Department “emergency temporary standard” will require all companies with 100 employees or more to assure all workers are vaccinated against the coronavirus, or test unvaccinated employees at least once a week. . . . All health care workers at facilities that accept Medicare or Medicaid will have to get vaccinated without the testing option, as well.”

While there have been temporary labor standards due to potential chemical issues like benzene or asbestos, it is believed to be the first time in American labor history that a federal temporary safety standard for a virus has been implemented.  While technically not a law, the federal government intends to enforce the issue through the Occupational Safety and Health Administration (OSHA).

One of the articles from Yahoo Finance states the following, “There are likely to be some interesting case studies exploring how enforceable the new rule will be. Some companies may loudly reject the new rule, while others will probably tacitly ignore it. The White House says the Occupational Safety and Health Organization, OSHA, will enforce the rule as it does other safety regulations. Fines can hit $14,000 per violation.”

Funeral Director Daily take:  First of all, I will tell you that I have had the Pfizer vaccine and am happy that I have had that opportunity.  However, I also am cognizant of people who do not want to introduce a foreign subject into their body.  I get that opinion and understand that there is lots of opposition to the vaccine mandate.

As to funeral home owners, it appears that the mandate only applies to companies with 100 or more employees so that would seem to make many of your businesses exempt.

As to employees, again that 100 person minimum would most likely make most of you exempt from this process.  One thing that I don’t know, and I would suggest you ask an employment lawyer if this – next paragraph -issue makes a difference.

It’s also very odd to me that an OSHA mandate would differentiate simply because of a number of employees a firm has.  Either something is good for our safety and health or it isn’t.  In my opinion, the number of employees in the business should not make a difference.  Under that rationale,  OSHA might say that if your car has more than three people in it you have to wear seat belts, but if there are two or less in the car, then it is optional?

Finally —  Here is an article from the Sunday, September 12, 2021, Minneapolis Star and Tribune about the Minneapolis Anti-Vaccination League which was founded in 1901 in response to the Smallpox vaccine.  Secretary of the “League” Charles Stevens, died in 1903 as a result of Smallpox.  Here’s an interesting clip from the article,  “A month after Stevens’ death, the Minneapolis Tribune reported his family was having trouble collecting on a $1,000 insurance policy.  Rather than submit to vaccination, he agreed to waive the smallpox clause in the policy, the article said. It was not long after, however, that he was stricken with the plague in its most malignant form and died.”