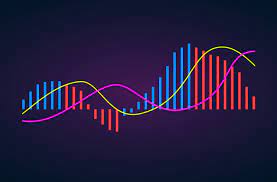 I came across this article titled, “It’s funeral homes’ busy season, here’s what to be careful for”.  Seeing that title I didn’t really know what to expect so I looked into the article.  It’s a short article with some good thoughts — one of those thoughts was entitled, “The Myth of Holiday Suicides”.

Now, over my career I dealt with budgets based on what my banking friends tell me is the “Law of Large Numbers”.  I’ve always taken that to believe that over a large period of time averages will work out.  And, as our funeral home grew from a 150 call funeral home to a 350 call funeral home, over the course of an entire 12 months, the number of deaths was pretty predictable on a month to month basis.

However, I always liked a “fast start” to the year for budgetary reasons — financially, if you have a good financial January and February you have some extra money in the bank and you are not playing catch-up.  Mentally, a good 1st Quarter also allowed me to “feel” okay when our funeral home went into one of the dry spells and the averages came back to normal.

More often than not, that 1st Quarter of the year was pretty good. . .and the month of December was generally pretty good.  That led me to believe that the Winter season had a higher death count than the other seasons.  If for no other reason than it is when we, especially in the northern climes, are spending more time indoors when bacteria and viruses can spread easier via human to human contact in an enclosed environment.

I did some searching and here is a graph that I found from the Center for Disease Control (CDC) on monthly deaths in the United States for 2017.  My assumptions, at least in 2017 proved correct. . . 2017 saw an average of 7,708 deaths per day with the three winter months -December, January, and February averaging 8,391 deaths per day for a 108.86 % of the average daily totals.  To balance that out and bring the averages back it can be noted that the months of June, July, and August of 2017 totaled an average of 7,204 deaths per day or only 93.4% of the daily average for the year.

As to the “Myth of Holiday Suicides” the article shows a graph which does not correlate to more suicides at the Holidays.  Here’s what the article says about that phenomena, “Suicide is global and year-round. Many people are more likely to think that suicide increases during the winter as it is “especially poignant” when someone dies by suicide during the holidays. The pattern has not changed in recent years.”

I think that these seasonal numbers have been constant for a long period of time.  While the Covid-19 situation will wreak havoc on the monthly totals for 2020 and 2021, I think it is fairly certain that if your numbers are large enough, your death care business will see the variations as the graph portends.

As for knowing this trend and how it may help your business thinking.  One of the first things I noticed in the above graph is the dip or decline in the number of deaths beginning in May and carrying on throughout the summer months.  Knowing that is the time families like to take vacations, that “dip” may make it possible for most funeral businesses to allow vacation times during those months without having to hire replacement help. . . Just a quick thought and perception.