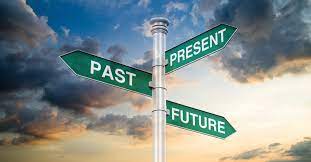 I’m one that always tries to gather information from whatever source(s) I can when I analyze anything.  As we’ve moved through the Covid-19 pandemic that has been a frustrating proposition, because from my point of view, I have seen analysis and decisions all become too political in nature and I have a hard time deciphering what to believe and what not to believe in what I hear.

There is no doubt that funeral homes, funeral home owners, and funeral home workers have been some of the heroes of this pandemic because they continued to do their work – sometimes at high levels of exhaustion – in order to relieve whatever they could of the grief and stress of those who lost loved ones.

Almost all funeral homes were extremely busy during the pandemic, especially those in the urban settings where deaths occurred at a higher quantity.  And, it appears, even though costs were increased at the funeral homes – and in many cases services were limited – funeral homes are coming out of the pandemic in fairly good financial shape.

So, where do we go from here and how does one plan in both the financial and personnel areas going forward?  I found a couple of articles that were very interesting and I will share them with you here.  One of the articles contains information on life insurance companies and their histories with the pandemic and the other article comes from a Wall Street Journal report that hospitals will be looking to increase fees going forward because of their cost structures — especially with nurses’ salaries — moving up.

Here is the article from Seeking Alpha pertaining to the insurance companies.  We’ve also provided some quotes from the article:

From Chris Swift, CEO of Hartford Financial Services: (During Q1 2022) “the number of U.S. COVID cases were at their highest levels of the pandemic. But both cases and deaths have rapidly declined in March and April.  And while predicting pandemic impacts “is impossible,”  with cases and tests at their current levels, we are cautiously optimistic about the remaining quarters of 2022.”

Finally, the article made this comment, “While predicting the course of the virus has been complicated by the emergence of variants, Unum for its plans, assumes that the ” national mortality related to COVID will decline significantly in the second quarter and remain at lower levels for the balance of 2022.”

So, while it appears that insurance executives think that mortality levels may return to normal soon which is good, we also have hospitals who have learned that their expenses have went up and will be looking to charge more for their services which may cause our personnel costs to go up.  The Wall Street Journal article that was summed up in this Seeking Alpha article seems to believe that hospitals will be successful in raising their prices which in turn will have an effect on your employees and what you pay for health insurance and/or what your employees will face in larger deductibles and co-pays.

In essence, if hospitals are successful in negotiating higher prices for services, the insured could see quite high increases in their premiums as noted in this quoted portion of the article, “Hospitals in talks with health insurer Anthem are requesting a few to double-digit percentage point price increases over the historic rates.”

So, what I see from these articles is that life insurance companies are cautiously optimistic that the worst of the pandemic deaths are behind us and that hospitals have seen costs increase enough that they may have to look for higher rates for services.  Again, from my point of view, how does that shake out for an individual funeral home business. . . . I see deaths reverting back to the “normal” number — although that should be growing slightly annually because of America’s Baby Boomers now entering natural death years and at the same time that deaths are reverting back to normal funeral businesses not only will have to face the challenge of higher wages for their employees but also, it appears, be on the look-out for higher cost health insurance which may even include higher contributions of deductibles by employees.

In any regard, I would suggest you remain flexible in your pricing, wage, and expense categories until this sorts out.

Related Article:  This article was featured in the New York Times late last week and is entitled, “Death toll during pandemic far exceeds totals reported by countries, WHO says”.   Here is the first sentence of the article, “Nearly 15 million more people died during the pandemic than would have in normal times, the World Health Organization said on Thursday, a staggering measure of Covid’s true toll that laid bare how vastly country after country has undercounted victims.”

The article went on to say this, “Most of the excess deaths were victims of Covid itself, the experts said, but some died because the pandemic made it more difficult to get medical care for ailments such as heart attacks. The previous toll, based solely on death counts reported by countries, was six million.”

Specific to the United States, here is what the article said, “In the United States, the W.H.O. estimated that roughly 930,000 more people than expected had died by the end of 2021, compared with the 820,000 Covid deaths that had been officially recorded over the same period.”

Enter your e-mail below to join the 2,702 others who receive Funeral Director Daily articles daily: