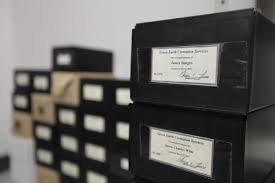 We are coming up on Memorial Day weekend.  For me it is always a time for reflection on the good that America has done over the years on the world stage and a time to honor and respect those that were willing to put their lives on the line for others.  That duty has always been that heart or fabric of what America is.

However, there is another side of America that isn’t always respected or cared for and I just read this heart wrenching article published in the River Falls, Wisconsin, Journal about the St. Croix County Medical Examiner, Patty Schachtner, and her quest to pay respects for those  deceased individuals who go unclaimed in her office.

Schachtner points out that “unclaimed” doesn’t mean “un-identified”.  These unclaimed remains are known but for a myriad of reasons relatives and friends may not claim the body.  This year out of 812 deaths in St. Croix County, four individuals have went unclaimed.  It could be that no one wants to take the financial responsibility or there may be mental health issues involved.  Of that Schachtner said when asked how does a person become so lost during the course of his or her life that when they die, no one cares, “Often people who choose not to participate are not engaged because of family dynamics. It is because they have severed ties with their loved one. They know they are here. I don’t know what the trauma was. I don’t know if it’s for their own well-being, but they can’t or won’t reconnect.”

Schachtner’s office makes attempts to connect with families of these remains but says of that, “Families don’t adamantly just say no. We have conversations and then after that, they just don’t call back, or they stop answering my calls. For some people, healing means getting to the point where they can just move on with their life by removing themselves from the life of that person.  They may have done that for their own safety and mental health. They’re sad that the person died. They grieve. But the person that they knew died years ago. This person is a sick person. It’s not the person that they loved. Mental health is complicated, I get that.”

Policy in St. Croix County is that an unclaimed decedent is generally cremated in 10 days.  Schachtner says of that, “You have to have a reasonable time for disposition. They cannot sit in our cooler or in a morgue indefinitely. We need the space for other decedents. After they’ve been in our cooler for 10 days, we make a decision. I become the informant with whatever information we have up to that point. We normally choose cremation. We don’t take that decision lightly.”

If you read this article you will conclude, as I did, that unclaimed remains bothers Medical Examiner Schachtner.  She is quoted, “. . it’s hard to imagine not being missed by somebody. When I finally come to grips with it, that they are not going to come to pick them up, it just makes me sad, sad that that care is not there. These are people who lived. They didn’t do anything wrong. It’s not their fault that they died or were not famous and maybe they were extraordinary people. They did the best they could with the time they had. We as a community have to do something for these people. We have to show that we care for all people. There needs to be an end to their stories.”

To that end and observing that these unclaimed lives are lives that have been lived, Schachtner is proposing an annual ceremony in the community during which the unclaimed remains would be buried in the county cemetery.  Of that she says,  “These people come from all over our county. They’ve lived here, worked here, shopped here. Most people don’t know who they are, but they were a part of our community. This would be a way to honor them, to show them that yes, they did matter.”

Funeral Director Daily take:  This is a tough story to comprehend for most of us who have multiple people that love us.  This is about the vulnerable in our society. . . those we seem to see more and more of each and everyday.

As a funeral director I’ve had two cases in my career that were known but unclaimed.  Working with the Medical Examiner we had to see a judge to sign the Disposition Permit.  One was a veteran and we were able to arrange interment in a National Cemetery because he had been honorably discharged from the military.  The other was a Native American or of the indigenous people and one of our funeral directors eventually worked through tribal groups to find a next of kin.  A relative was eventually found who gave enough background to allow for this decedent to be buried in a tribal cemetery.

We were lucky.  Through a lot of effort we found permanent “place” for those decedents.  But that is not always the case.

But the question remains, how in 2022 do we live in a society that so many live in isolation and so lonely?  Using the same percentage of unclaimed deaths in St. Croix County would indicate that we have over 13,000 of these deaths in America each year. . . . . deaths where the decedent is not missed by anybody.  That’s too many.

The article’s author points out that America has 21% of our adults with a diagnosable mental disorder and about 25% of those individuals also have a substance abuse disorder.

As we move forward and celebrate America this weekend let’s not forget those, many who served in the United States military service, who still need our love and friendship.

Enter your e-mail below to join the 2,728 others who receive Funeral Director Daily articles daily: