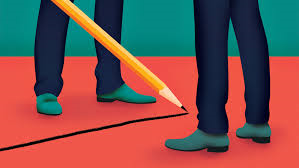 Maybe we really are aging a little.  It seems like just yesterday that we were talking about the Millennials — that group of beings born between 1981 and 1996 – coming into the workforce and how we were prepared to deal with their age based culture.  That group is now aged between the mid 20’s and the late 30’s and now make up the largest portion of the United States labor force.

However, according to this article from the Minneapolis Tribune, we are now already on the cusp of hiring the first wave of Generation Z — that group born after 1996 which is over 60 million in number.  They are really the first group that has grown up in the post-9/11 world and been tethered to computers and smart phones their entire lives.

What will they want from an employment standpoint and how will the death care profession rally to meet their expectations is a very large question.  The answers to that question will cause ripple effects in work load, pay scale, and eventually profitability for employers.  If you believe the attached article they will want “flexibility” probably more than any other item in their quest for meaningful employment.

Fortune 500 companies are just now starting to hire the earliest Generation Z employees.  What some of them are doing is allowing them to rotationally work their first 6 months to one year in different departments and then letting these young employees choose which department they like best to take a full time position.  I try to think, “How will we do that in funeral service?”

Talented people will be in demand and they will have more say than ever about their destiny within a company.  How will funeral service make sure that we can recruit those talented people and give them a great say in their destiny within an organization?  Highest pay has never been the biggest incentive in funeral service. . . what do we have that can help us carve a niche for talent?  Will self-satisfaction continue to be enough to lure top employees in the Generation Z wave?

Another feature future Generation Z employees will want is different pathways to reach career opportunities.  It won’t be as step-by-step as a Business Degree and then an MBA or the idea of going to mortuary school and passing the state exam.  They will want to be able to transition from one career to another with accredited online learning or simply carve out their own learning experience by learning from watching videos in a non-accredited environment.  In this realm, how will we in the death care profession evaluate their readiness for our work?

There is no doubt that this is both an exciting and anxious time for the funeral and cremation industry.  Not only is the way of doing things in the traditional funeral home being challenged but so is management’s ingenuity on finding, compensating, and keeping employees.  Buckle in and get ready for the ride that we will travel during the next decade of funeral service.