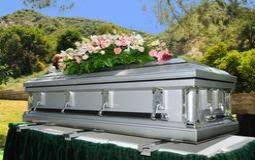 I’ve been able to receive a private report from November 2017 on the State of the American Casket Market.  It is an extensive report that goes into who are the players in the industry, what is the market like, who has what percentage of market share, what is the profitability of the industry, and attempts to give a look into the future of where the industry is going.

I found the report, and I’ll share parts of it with readers over the next few days, fascinating.  Although, if you are in the industry and have lived what is happening – you will know what the conclusions of the report are without reading it.

First of all, the report relates that the industry in America is a $657 million industry that is still highly profitable — leaving about a 10% margin to the bottom line — that’s a total of over $60 million cumulative to shareholders of the industry’s companies.  However, the industry is highly concentrated with the top three companies controlling about 79% of the market share.  As a matter of fact, the top two companies – Batesville and Matthews – control over 75% of the market share.

Here are some other highlights of the report:

As I said, this was an interesting report to read, however, any experienced funeral director can virtually write this report with what we have seen change the death care business.  I’m also of the opinion that changes in the United States funeral industry are not over and certainly believe that where there are challenges there are also opportunities.