Service Corporation International reported both their 4th Quarter 2020 and Full Year 2020 reports last week.  Among the interesting items that you can find in the report, that can be accessed here, is that their total number of services increased from 319,616 in 2019 to 364,312 in 2020. . . .that’s an increase of 13.98%. That number in itself is interesting considering the fact that Service Corporation International (SCI) is the largest provider of death care services in the United […] 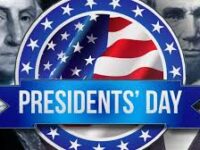 The Funeral Director to Presidents

Today we celebrate President’s Day 2021 in the United States.  We’ve just been through an election. . .and an impeachment hearing.  There is no doubt that the American president, whomever it is at the time, is the centerpiece of the most media attention of any  human being on the planet during his time in office. Over my lifetime, I’ve seen that world-wide media attention be both good and bad. . . .showering positives on that president when some in the […]

There is a new player coming to town

Back in 1962 Robert L. Waltrip owned one family owned funeral home in Houston, Texas.  And then everything changed when he purchased his second funeral home in Houston.  That led to his adding a 3rd funeral home and forming a company, now known as Service Corporation International (SCI), that owns and operates over 1900 death care facilities across North America. The company has been a great American success story.  And, as they say, “Imitation is the greatest form of flattery”.  […] 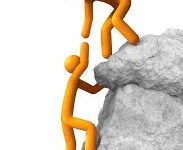 It was recently reported that California passed the three million mark in the number of documented COVID-19 cases and passed the 33,000 mark in death due to COVID-19.  According to several sources, that great number has caused some funeral homes to stop accepting new death call cases. That has caused Dignity Memorial director Anthony Lampe to make the following statement about California’s Eternal Valley Memorial Park and Mortuary, “We want to be there to support the community. … Our intention […] 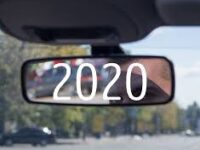 2020: A look back at the public companies

There are a lot of reasons that people may look to get the year 2020 in their rearview mirror.  However, when you look individually at the performance of the public companies in the death care realm for the calendar year, my guess is that almost all of them would be happy to repeat the year’s performance in 2021. The trend among the public companies in 2020 could certainly be classified as COVID, leadership, and lawsuits.  And, who would have thought […] 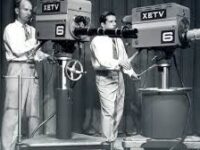 As we head into the week before the Christmas Holiday I reprise my role as a guest of hosts Jeff Harbeson and Ryan Thogmartin on their Funeral Nation program. . . this time Episode #210.  The hosts have me back quarterly to discuss death care companies in the public stock markets. . . where I think those companies have been and where I think they are going.  It’s always a fun discussion and you never know, maybe we will eventually […]

We checked into Funeral Director Daily’s proprietary Death Care Index (DCI) after the markets closed on Monday, the last day of November.  That check-in allowed us to take a look at the eight stocks that make up the DCI and see where they were individually and as a group and how that group compared to the Dow Jones average, the S & P 500, and the technology based Nasdaq. And, while the Dow Jones counted November 2020 as its best […] 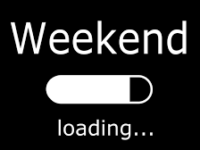 As we head into the weekend we thought we would catch you up with some information that is both of interest to our readers, but sometimes hard to catch as you are busy in your daily work and don’t have time to check out death care information as we do. . . . but that is our goal here — to bring you information in a click so that you don’t have to search for it. This article, with photos, […]

Service Corporation International (SCI) sometimes takes shots from others in the industry simply because of their size.  Being the largest in any business category simply makes you an easy target. Being the largest also means you need great leadership to get on top and eventually stay there. SCI reported record revenues and earnings in the past quarter and, while that could be something to really crow about, at Funeral Director Daily we recognize SCI’s President Tom Ryan as one of […]

Service Corporation International (SCI) 3rd Quarter 2020 revenue jumped almost 20% (19.37% actual) over the same period from 2019.  In a statement issued yesterday, October 28, here is what SCI’s President and CEO Tom Ryan said of the results: ” . . . the impact of COVID-19 has increased the number of funeral services performed as well as the number of burials in our cemeteries. As community restrictions lifted over the last few months, we have experienced unprecedented growth in […]