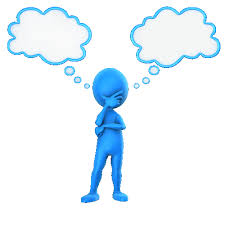 Late last Wednesday a jury in Montana issued a verdict against a Montana funeral home for coercing a widow client into pursuing a cremation for her husband against his “final wishes” for earth burial.  You can read about the case in the Great Falls Tribune here.

According to the article, Robert Yeager, age 64 died on October 7, 2012.  According to court records, as mentioned in the article, Mr. Yeager’s death caused a bloating of the body, splitting skin, building gases, and leaking liquids.

The plaintiff, Ms. Enid Yeager, sued the Miser Mortuaries three years later in 2015 claiming that they funeral home deceptively forced her to sign a cremation authorization for her husband.  She claimed, in the complaint, that the employee counseling her suggested that the body would fit in an oversize casket, but that would be very costly.  She then decided on cremation and later regretted that decision.  Her original suit called for $1 million in damages for extreme emotional distress.

The funeral home claimed that they did not coerce her into cremation they simply pointed out the options available to her and they also claimed that she was simply litigious.

The jury found both parties partially responsible but awarded Ms. Yeager $50,000 from the mortuary.

Funeral Director Daily take:  I certainly was not there when Ms. Yeager was counseled at the time of her husband’s death and I was not at the trial to witness it first hand.  The jury verdict, while saying both parties were responsible but then awarding $50,000 in damages is a distressing sign to me.

The question I have is when does counseling on options, or even suggestions end and coercion begin?  The funeral home needs to tell the people the options — that’s what the Federal Trade Commission has told funeral homes for decades — so they can decide, dependent on what they prefer and what they are willing to pay.

Now, I can see a funeral director not really excited to embalm a very large person with skin slip and suggest cremation for that reason.  Although, in all probability, the funeral home will make less money off a direct cremation with a memorial service than a casketed funeral/burial case.  So, there would be no financial incentive for the funeral home to “coerce” towards cremation.  I would think that fact alone would make it very difficult for a plaintiff to prevail in this type of lawsuit.

The outcome of this case – in business friendly and self-reliant Montana is troubling.  Especially when the plaintiff’s attorney, according to the article, insinuated that “the right to choose how they want to handle the deceased is a pillar of the industry.”  In my opinion, Ms. Yeager had that right.  Mr. Yeager would not have been cremated without her signature as next of kin.

The lawsuit was filed three years after Ms. Yeager’s decision.  This is troublesome because, according to the article,  even though her signature appeared on a cremation consent form, the jury decision came back as if there was no consent on her part.  How will funeral homes, especially in less business friendly states, fight these allegations years after the fact?