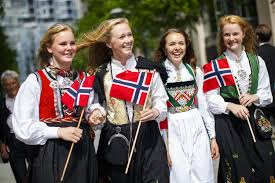 According to this article from Medical Express, Norway’s Prime Minister Erna Solbert announced, on March 12,  the strongest and most intrusive measures the county had seen in peacetime.  Those included the closure of schools, bars, and many public spaces, a ban on sports and cultural events and a curb on foreign travel.

The country now believes that because of those measures and the social distancing and isolation of the elderly that came with them, the death rate in Norway has fallen.  Statistics indicate, that while many countries have had an uptick in death rate, partly due to COVID-19 deaths, Norway has seen six percent fewer deaths in May and 13% fewer deaths in June.  Only 253 deaths have been reported due to COVID-19 in Norway and some in the country also believe that death rates in general have dropped because of the COVID related measures.

Erik Lande, head of third generation firm Landes Bergravelsesbyra (Lande’s Funeral Home) reported in the article that his firm usually does about 30 deaths per month and, beginning with the March lock-downs, that number dwindled to about 10 per month over the next several weeks, without a single COVID-19 death.

However, the death rate issue coupled with the government restrictions against public ceremony has caused problems for the country’s funeral homes.  The article states that, “Due to declining mortality and cancelled funeral ceremonies, half a dozen Norwegian undertakers, according to a public registry, have turned to the state for help after the initial success of Norway’s handling of COVID-19 left them struggling to make ends meet.”

In the capital city of Oslo, Verd Begravelsesbyra (Verd Funeral Home) received 37,000 kroner in government support because its business model was disrupted.  The article states,  “The funeral home didn’t actually struggle due to a lack of customers, but because the funerals it did arrange took on a new format.”

According to director Henrik Tveter’s statement in the article the model at his funeral home was not disrupted by the number of deaths as much as it was interrupted in the fact that many customers gave up ceremony.  He is quoted saying that at his funeral home, ceremony represents 60-70% of the price of a funeral.

Other funeral directors have been hit by this phenomenon but are more upbeat.  Funeral home owner Odd Sverre Oie, believes things will return to a more normal pattern after society reopens.  He is quoted as saying, “We know that, given the age pyramid, a certain number of people will die in Norway this year.  So, we’ll probably catch up in the autumn when the flu and other such diseases reappear.”

Funeral Director Daily take:  I found this to be an extremely interesting article that probably touches not only on COVID-19 and funeral homes, but also gives a public health statement about disease transmission in general.  It appears, at least in Norway, that the strict lock-down measures imposed, which dropped the death rate, was good for the population health as a whole.

However, even though there was, what seems like, a temporary lowering of the death rate in the population, society needs to understand what those lock-downs do to the general public over time. . . . Mental illness, mental health concerns, suicide, loneliness, addiction, educational reverses. . .. . I believe that those are some of the issues societies will have to discuss when we come out of this pandemic.