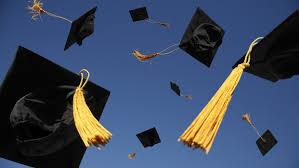 While I have not stayed up to date on the federal government dictates of the Biden administration, the moratorium on student debt payment is, I believe, ending on February 1, and may be extended.  The moratorium program has proven to be well received, as according to the article mentioned in the next paragraph, almost 90% of those with federal student loans are taking advantage of the moratorium.

I had not thought of this program in the coronavirus relief measures until I came across this news video and print story from Channel 2 in Houston.  The story mentions a mortuary worker who has student loan debt and that made me realize that people from all walks of life will be looking to see if the moratorium continues.

As a member of the Board of a Big Ten university, the University of Minnesota, for six years, I’ve learned a lot about college costs, tuition fees, scholarships available, and student debt.  If you are going to have children going to college it certainly would pay for you to understand how everything works in the college tuition world.

One of the things that I have found is that, while it is not as prevalent as it was in earlier years, there has been general correlation between extent of education and earning power over one’s life time.  In a world where we are starting to value blue-collar workers, such as truck drivers more and more, that may not always continue to be true, but over time, it has been.

The article lists the average college debt of a graduate at $28,950.  At the University of Minnesota, I checked our numbers and found out that as of 2017 about 50% of our graduates have debt (50% graduate with no debt) and that debt averaged $26,568.  Another article that I read listed the USA student debt average at $32,731 for those that had debt.

Using that $32,731 at a 6% interest rate paid off over 10 years would require a $363 payment per month to amortize.  Moving out to a 15 year amortization would require a monthly payment of $276.  So, for those students that carry this debt, it is not a small matter. . . .it is similar to an automobile payment for many.

While that is a sizeable payment. . . it is manageable for most. . . especially when you are of the belief that the college degree allows that person to make a higher income over their lifetime than if they did not have a college degree.  I’m also under the impression that the number presented skews high for those with four year undergraduate degrees.  I say that because, it is my experience seeing that those with professional or doctoral degrees — attorneys, doctors, dentists, veterinarians, and the like — really have to borrow money for those extra years of college. . . and skew that average to the high side.

Now, to those professional and doctoral graduates with high debt. . . .they, generally, receive the income to pay back the debt and continue to have high earning power moving along in life.

The system is not perfect, but for those four year grads the debt is generally manageable.  Where I see college debt being a problem is for those students who did not finish their degrees and thus lack the earning power to pay back what they have borrowed.  I also see the same issue for those that get under-employed from their degree.

It is interesting to note that I’ve come to understand that the faster one finishes college. . . the less it will cost.  Back in the 1970’s when I was in college, we could afford to be on the 5 or 6 year program because college was more of a public good (funded by taxpayers) and was fairly inexpensive when compared to other costs in society.  That has changed. . . and one of our fastest growing metrics at the University of Minnesota is the “3-year” graduation rate. . . . Think about it, if you can graduate in 3 years rather than 4 years, you automatically take 25% off the price of college.  And, this is getting easier to do as most colleges, in conjunction with their state’s K-12 programs, are allowing college credit for some “college level” courses taken in high school at no cost to the student.

College Debt Relief and the Federal Government:  According to the linked article above, the level of federally guaranteed student debt is $1.7 trillion.  To my knowledge, that is debt guaranteed by the federal government to lenders.  There has been some talk of “forgiving” that debt.  In my opinion, that debt does not just get forgiven from payment. . . it gets forgiven from the student/graduate to pay it, but then becomes a debt of the federal government.  And, that number of $1.7 trillion is very close to the entire amount that the COVID – CARES Act cost the federal government – in other words, it is a lot of money.  You can see an actual article on that amount here.

How knowing about student debt can help your funeral home:  Funeral Director Daily has done stories on how the death care industry may have difficulties in finding great employees moving forward simply because it appears that we may not have enough trained personnel to fill all positions available.  That means that it is probable, at some point in time, you will be seeking employment help and not finding it.  Now that you know a little about the average student debt — about $30,000 per graduate — would you be able to find better employees if you offered some type of help with student loan payment as a benefit of employment?  Paying a monthly stipend to student loan debt or doing so as some type of matching program may help you find a better employee. 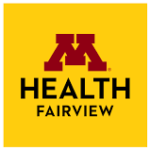 My time as a Regent Board Member at the University of Minnesota —  After applying and going through 29 interviews I was appointed a Regent of the University of Minnesota by the Minnesota Legislature in March 2015.  My term ends in March of this year and I chose not to stand for re-appointment.  However, the experience of serving on this board has been nothing short of an incredible experience.

While I am the only graduate of the University of Minnesota’s Department of Mortuary Science to ever serve in a board capacity, as much as I honor that and pay respect to that program, it was not that reasoning on why I sought a seat on the board.  Almost 60 years ago, I was a patient at the University of Minnesota Hospitals and came through with great success.  Once I retired from operating our funeral business, I wanted to turn my attention to making sure that children of today received the same type of care that I received back then.

I served on the board while we overhauled our agreements with our medical providers and hospital operators to bring to life what we now call MHealth Fairview and I am confident that the children of Minnesota will continue to be served.  Here is an article that was done on me prior to being appointed to the Board of Regents that I’ve never shared with my readers before.  I remain eternally grateful to those who have helped me and wanted to pass on the favor.  Take a look at page 3.  Innovators at Heart.