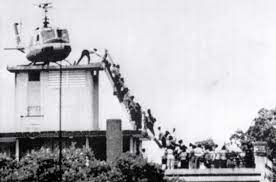 It’s been kind of a funny week at Funeral Director Daily.  Each day of the week I look for articles pertaining to the death care industry to offer up to my readers.  Most deal with funeral business, new products, new ideas, financial results, cemeteries, and the preneed industry.  This week, it seems like I’ve done articles on “Reflections” of mine.

Today is no exception to that as the fall of Afghanistan brings back memories to me.  The memories are centered on making funeral arrangements with one man on two different occasions. . .once on the death of his mother and once on the death of his father.  However, what triggered the memories are the similarities between the Vietnam and Afghanistan departures of the United States military.

Like many of you. . . . making funeral arrangements with your clientele families is how you get to know and remember many of those people.  I remember this man as organized, respectful, dignified, and wanting to “do what was right” for his mother and his father. 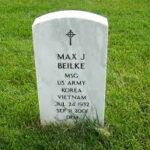 The man that I made funeral arrangements with was Max Beilke.  Max was a career military man and was charged with getting all military personnel out of Vietnam and part of his legacy is that he is known as the last American soldier boarding the last military plane out of the country of Vietnam on March 29, 1973.  You can see this one minute video news clip of that happening as he is named the last soldier to leave.  You can see his hometown of Alexandria, Minnesota, flashed across the screen.  That is my hometown where I operated the funeral home for over 30 years.

I never served in the military. . . .but I have great honor and respect for those that did.  I always looked at the funeral honor guards and knew that each soldier or veteran in the unit had a story.  I often wondered what that story was for each of them.

When I started in the funeral business full time it was the World War I veterans that did the honor guard. . . and then came the World War II veterans, and Korea, and closer to my own age the Vietnam veterans.  Today, we even have some Desert Storm veterans volunteering their time to give respect to their deceased brothers.

Max Beilke, like those who serve in the honor guards, had a story.

Max Beilke’s service didn’t end with leaving Vietnam.  He continued in the service for a short time after that and then went to work advocating for health care benefits for widows of veterans.  It was in that service that he happened to be at the Pentagon on September 11, 2001, when a hijacked United Airlines plane slammed into the Pentagon and took his life.  You can read about that here in an article on his death.

Reflections. . . . the older we get, it seems that the more of them we have.