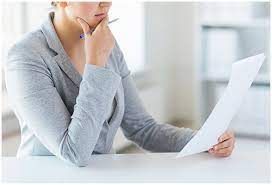 Last week I was sent an offering to download the Passare short 26-page ebook entitled “The New Funeral Consumer”.  In general, the ebook is based on observations and answers from what Passare says “is (probably) the largest independent funeral study that has ever been conducted.  Interviews were conducted with over 3,000 individuals and each were asked hundreds of questions.”

I had seen similar surveys before, but must admit that I was fascinated reading the report that was interjected with ideas for improving your own funeral business. I was so impressed that I’m sure that over the next couple weeks Funeral Director Daily will re-visit parts of the ebook and contemplate how the individual parts of it each can be related to funeral service today.

One part that I was fascinated with and will explore more at some date are what Passare calls the “Six Funeral Consumer Personas” and their characteristics.  For someone who has been in funeral service as long as I have, I’ve seen each of these personas several times over and really understand that the ebook’s explanation of each persona can give a funeral professional a valuable insight into a consumer’s thoughts when he knows where the consumer sits on the funeral consumer spectrum.

The part of the report that I want to concentrate on today, however, is that part that tells funeral homes that we need to know and/or reclaim our identities.  The Passare report indicates that while we all say we are in the “Service” business, a high-percentage of our charges go for merchandise – such as caskets and vaults.  The argument would be that for years, in the high-percentage earth burial days, we all knew a casket would be sold. . . the big question is “What casket?”  And, I would argue that the better the casket, and vault, that was sold the better the funeral home did financially on that death call.

Today, however, almost 60% of deaths don’t even use a burial casket.  They may use some type of container for the cremation, but it certainly isn’t the highly profitable casket, much less vault, that was sold in previous years.  That fact points out that your profits need to come from your services, not your merchandise.

So, at least in my point of thinking, funeral directors have to examine ourselves and our price lists and understand it is what we know and can do that should drive our profitability.  If we rely on casket sales and vault sales and memorial card sales, while keeping our service prices artificially low, others with less overhead than us may be able to sell those products at less cost and completely take that profit-point away from traditional funeral homes.  If that were to happen and your service charges were not profitable, you would be in a tough spot.

One of my father’s best friends was his attorney and as a school-age youngster I would accompany my dad to his office some days when they were just visiting.  I still remember the picture of Abraham Lincoln on the attorney’s wall with this saying, “A lawyer’s time and advice are his stock in trade.”

I always thought of that saying during my management years when we drastically raised our professional services charges and lowered our margins on merchandise.  As a matter of fact, our funeral home reached a point where we sold caskets at wholesale cost. . . .our professional service charges were then the highest in the area, but it didn’t matter as long as we concentrated on services.  And, once you added the service and merchandise costs together our charges were no longer the highest — but I would argue that they were the fairest because our profits were derived from the “services” we performed and charged for . . . . not the 15 minutes that a family spent in the casket selection room.

In any regards, how a funeral home can regain their identity through pricing is just one of the many funeral business related issues that I enjoyed while reading the Passare ebook consumer report.

Passare and its software was the winner of the 2021 NFDA Innovation Award.  You can learn more about how their products can help your business from their website here.

Enter your e-mail below to join the 2,640 others who receive Funeral Director Daily articles daily: