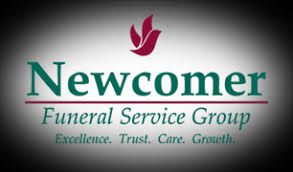 A sale was recorded last Monday in the Dayton, Ohio area pertaining to the purchase of land at 820 Miamisburg-Centerville Road according to property records reported by the Dayton Daily News.  The property, with seven acres of land, was owned by Schlientz-Moore Funeral Home and purchased by Warren Family Funeral Homes, Inc.

The purchase price was recorded at $1.15 million

Funeral Director Daily take:  Newcomer Funeral Service Group is an interesting company that has roots in the funeral business dating  back to 1893 in Kansas City.  It is now led by the great-grandson of the founder, Ren Newcomer.

According to the Newcomer web-site which you can see here, the company operates in ten states and offers “Quality funeral service at a fair price.”

I have know about Newcomer Funeral Service Group for about ten years and, in my opinion, they have made great strides in obtaining market share in communities that they have chose to serve.  From my point of view, their modus operandi is to gain market share thru extensive media attention to their operations and what are considered low consumer price points.  They aggressively advertise rates and are famous for doing bar charts comparing their prices with competitors.

I’m guessing that they have close to 30 locations across the country and operate, in what I call “mid-major” cities.  These cities include Dayton, Ohio; Green Bay, Wisconsin; Rochester, NY; Columbus, Ohio and more.  I’m of the opinion that they strategically locate these operations in cities where they both believe that low price can attract clientele and in cities where mass media is not prohibitively expensive.  Finally, the clustering of facilities, as they seem to be doing in Dayton, lowers the cost per facility if they can mass market under one identity.

Again, from my point of view, they have built this company with a strategy that has worked very well for them in an era of casketed funeral services.  It will be interesting to see, as they move forward, if that strategy works in a majority cremation services market that all market areas will soon be in.