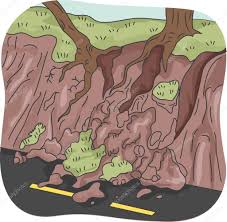 According to an article in the West Virginia Herald-Dispatch that you can read here, excessive rainfall has caused problems at the Woodmere Cemetery in Huntington, WV.  The cemetery is owned by Service Corporation International.

Huntington’s Communications Director Bryan Chambers stated that the city has been in contact with Service Corporation International and has relayed the message that if the road is not opened by the close of business on Wednesday March 14 the city would seek injunctive relief and a damage claim.

The city cannot clean the road themselves, they say, because they fear that it is possible by removing the debris, the remainder of the hillside could fall.  “Right now, that dirt is acting as a preventive measure to prevent the rest of the hillside from sliding down onto the roadway” noted Chambers.

Funeral Director Daily take:  You can click through to the article above and it shows a photo of the situation.  It does not appear from the photo to be something major, however, you do have to believe that when you start removing the dirt, the rest of the hill could slide.  So, caution is warranted and I assume that SCI is looking at how to take care of the situation – which may include the construction of a retaining wall.

In my opinion, however, there is no reason why SCI and the city should not be talking and figuring out a way to solve the problem.  It has been my experience over the years that when problems like this pop up, it is best to sit down and discuss the issue and what should be done about it by the parties affected.  Legal means and threats should be held for last resort if reasonable people cannot get to a reasonable solution.