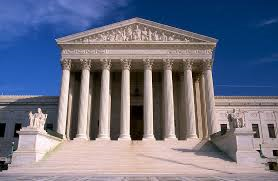 A little over a year ago we told you of the case of Aimee Stephens and the Harris Funeral Home.  That court case was about to be heard at the United States Supreme Court at that time which would be ruling on whether or not there had been discrimination against a transgender person in a funeral home setting.

Here is the article that Funeral Director Daily wrote on the Supreme Court taking the case.

As you may be aware, the United States Supreme Court ruled in favor of Ms. Stephens.  Here is the Funeral Director Daily article on that news item.

Last Friday we learned from this article in the Detroit News that a consent decree for financial damages against the funeral home is pending.  It appears that an amount of $250,000 is being brought forward which would include payments for Ms. Stephens back pay with interest, damages, and an amount to reimburse the American Civil Liberties Union which represented Ms. Stephens.

As you also may be aware of, Ms. Stephens died shortly before the United States Supreme Court ruled on the issue in the Spring of 2020.  Here is an article that Funeral Director Daily wrote to report that incident.