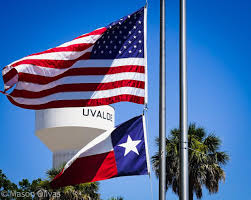 Back when I was in mortuary school I read a book entitled something like “Who takes care of the Caretaker“.  While there are other books with titles similar to that published later than the 1970’s I cannot locate the book I read, nor do I remember the author of it.

When I think back I think that that book was probably ahead of its time with the author understanding the mental health needs of caretakers before many people even thought of mental health.  Back in those days the common mantra was “toughen up” so you could help those people that need your help.  And, many times, without even knowing it, those funeral directors that had to “toughen up” needed some decompression time to become “clear” again.

Thirty-five years as a funeral director has certainly led me to understand the preciousness of human life.  Small things, and even some large things, that don’t go as planned don’t really bother me all that much.  My wife, my kids, and my friends have heard me say many times, “It will be okay.  Nobody has died.  We’ll figure a way out of this situation.”

It’s with that preamble that I offer this article from Yahoo News entitled, Uvalde funeral directors, confronted with grief, say they’ll never ‘be the same’.

The article interviews June Ybarra and Taylor Michelle Massey who are funeral directors at the Rushing-Estes-Knowles Mortuary in Uvlade, Texas, which handled services for 16 of the 21 deaths of that fateful May 24 day.  Ybarra, who has worked for 30 years as a funeral director said, “I don’t think Uvalde or any of us will ever be the same”.

Both Ybarra and Massey know that grief may last a lifetime for some of those involved with the deaths.  To that end they are helping the community as much as they can.  For instance, (according to the article) “they will be hosting world-renowned grief counselor Dr. Alan D. Wolfelt to speak with Uvalde residents about “tending to your broken heart” following the loss. They are also planning an event for Dia de los Muertos, a Mexican holiday that celebrates the lives of those who have passed.”

Massey summed up the funeral home’s role as a key player in the community by saying this, “Whatever we need to do to help keep Uvalde strong, we’re going to keep doing it. Whether it be grief counseling, whether it be just going to have a cup of coffee with you and sit down and talk about your child or talk about your loved one. That’s what we’re here for.”

Funeral Director Daily take:  Certainly not to the extent of the Uvalde situation, but at least five times in my career I was involved with taking care of multiple (at least 3) fatalities of automobile crashes in my community.  Our team of five funeral directors always made these an “all hands on deck” situation so we could help each other.

Even with that camaraderie and espirit de corps among the funeral directors, the effort and intensity of helping the families and your community in that situation was immense.  I was fortunate to have a spouse who understood me and emotions and limits during those times.  For that I am grateful.

It’s hard for me to even imagine what the funeral directors who deal with the families of these mass shooting situations go through.  However, I am certain that our funeral professional colleagues do what they have to do to help those families and communities get on their way to healing.  And in many situations that requires incredible efforts, compassion, and sacrifice.

Related article — Uvalde mortician:  Without a relationship with God ‘there is no way you can handle something like this’.  Catholic News Agency