There is a small problem in the community of Marysville, Michigan, according to an article in 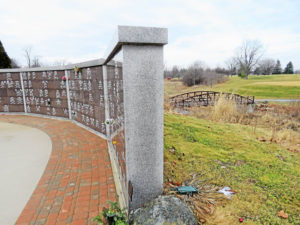 The Voicenews.   Marysville Director of Public Works, Barry Kreiner is quoted as saying, “We are all out of niches.  They are all sold”.

At Funeral Director Daily we have mentioned that cremation seems to becoming the preferred method of disposition but it seems that in the community of Marysville that they cannot keep up with the demand for niches at the local cemetery.  The last niche was sold in November and the City Council recently voted 4-0 to award a new contract for a 60-unit columbarium to be installed as soon as possible.

The city expects that they could be building at least one columbarium per year for the foreseable future until they can build up some inventory.

Funeral Director Daily take:  The silver lining in this type of situation and others like it around the country is that it will provide needed revenue to small municipal and association cemeteries that are needing it.  It is our opinion that investments in columbariums in cemeteries that never offered the option before will pay off over time.