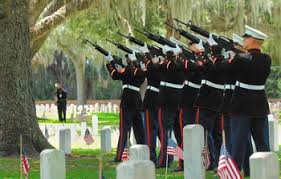 This article will be published on Friday morning because I figure it won’t be real business like, but it will be something that the reader can carry into the weekend.  Lots of people talk about PK’s – Preacher’s Kids – but there is another group of us who grew up in a funeral home or near a funeral home and sometimes were expected to toe the line even more properly than PK’s because we were Funeral Director’s Kids (FDK’s). . and every person we met had family members who were potential clientele.

Over the years I’ve met a lot of other FDK’s and, it seems, we are all pretty similar.  We remember our youth where business and the service to other families came before our own recreation and family time.  I can remember being disappointed a lot, but you just understood this was Dad’s mission and he lived to serve others.  For me, it seems like the opportunity to go to Minnesota Twins baseball games got cancelled quite frequently.  We would have a plan to go and then Dad would come home and say something like, “We need to delay our Twins trip.  Mr. Smith died and his funeral is Friday. . . the same day we were going to go.”

That disappointment came and went.  When I think back now, I wouldn’t trade the experience for anything. . . . because it made me understand what is really important in life. . . and that is being there for others.

Living next to the funeral home growing up also taught me a lot of other lessons.  This article that I fell upon entitled “A veteran’s memories of Vietnam” reminded me of some of them — including respect for our military, love of country, sacrifice, and devotion.  The article mentions a particular soldier who came across empty 30 gallon drums at the Da Nang Air Force Base in Vietnam.  That base was one of two U.S. military mortuaries in Vietnam and the empty drums had contained embalming fluid. . . embalming fluid that replaced the blood sacrificed by our nation’s finest young people in their effort to preserve our way of life.

My home county in Minnesota, Douglas County, had seven Vietnam deaths during the time I was about 9-12 years old.  I didn’t know all the names back then, but I do now. . . because I have researched them.  I’ve even obtained rubbings off the Vietnam Veterans Wall in Washington, DC for each of their names. . .still planning to use those rubbings to honor these heroes in some way.

I didn’t know the names back then. . . .but I do remember the times.  If you are in the funeral business and a soldier falls in battle, you know that our country provides an escort of equal or higher rank to accompany the body through the burial.  I remember the times because my dad always invited that escort to eat dinner at our house prior to the evening visitation.  We were one of those “Father Knows Best” or “Leave it to Beaver” 1960’s families and Mom always had a great meal prepared. . . and I sat in awe as a 10 year old with a, parade best dressed, man in uniform at our table.  I still remember some of those military escort’s names. . .from over 50 years ago.

Eventually, this FDK became a funeral director and, in many cases, was in charge of the funeral services for those Vietnam era heroes’ parents and siblings.  So, I got to know more and more about those brave young men who died in a faraway land.  I learned that one of those soldiers parents erected a flag pole in their front yard on the day they heard that their son had been killed in action.. . . .and for over thirty years until their death. . . .they put the flag up and down at dawn and dusk in honor of his life. . .every day without fail.

I never knew the seven who died from my county, but I wonder what their lives would have been like.  And, sometimes I wonder why it had to be the way it was.

The one thing I do know. . . .is that as a FDK. . . .I was exposed to the realities of life at a pretty early age.  And, yes, at times my father’s insistence at being there for others caused disappointment. . . . but at the end of the day, learning to live with disappointment and learning about giving a life for our country, and learning that others were really hurting at times made me who I am. . . and for that I am unbelievably grateful.

I’m glad in my search for material for Funeral Director Daily that I came across that article about the empty 30 gallon drums.  Sometimes you need something like that to jog your memory into a past time. . . . and those memories, even if they are about somewhat painful circumstances, are good for us to remember.  As a ten year old I can still remember those “boxes” that I now know as air shipping trays sitting in the funeral home receiving area with names on them. . . .names that now are known as heroes to me.

From the Wall of Faces here’s a couple of those soldiers from my home town who gave their all.  I remember the time, over 50 years ago, that  two of these soldiers died about 6 months apart:

SP4 Robert W. Brede — SP4 Brede was in the tracking corps and was responsible for a tracking dog in Vietnam.  His dog, Bodie, died at his side.

Master Sergeant Max Beilke — MSG Beilke was from my hometown and safely returned to the USA from Vietnam.  He was officially documented as the last American soldier to leave Vietnam.  You can see a  one minute news clip of that here.  I made funeral arrangements with MSG Bielke for both of his parents.  He became career military, but was killed in service to our country at the Pentagon on 9/11.