According to a press release that you can read here, Legacy Funeral Group of Texas has purchased the Magnolia Chapels of Tuscaloosa, Alabama.  Magnolia Chapels has served the Tuscaloosa area with two chapels since its founding in 1999. (The link will lead you to Legacy’s web-site where you can learn more on the company).

Legacy Funeral Group is a regional consolidator of funeral homes based in Texas.  They own approximately 110 funeral homes and, according to the press release, the Magnolia purchase marks the 10th and 11th funeral home locations purchased already in 2018.

Michael Soper, CEO of Legacy Funeral Group commented on the acquisition of Magnolia, “The staff of Magnolia Chapel Funeral Homes are known for their compassionate and highly professional services they bring to the Tuscalossa community and we are excited to assist and support them at a higher level.”

Funeral Director Daily take:  I saw this press release and it reminded me of one of the truly good guys in funeral service — Michael Soper.  I attend an annual invitation only death care event that Michael has also attended for at least the last ten years.  Just last year, Mr. Soper, who is very humble, was telling me of his past and his future plans.  I think Michael has as good a vision of where death care will go in the future and how funeral home owners can shape that path as well as anybody.

Michael Soper came out of the financial business to work with pre-need firms over twenty years ago.  He thought the funeral business offered promise in growing a company.  He mortgaged his home, and in 1998 bought his first funeral home — 20 years later he now operates over 110 funeral homes – in a family friendly environment.  One of the things that is very interesting about The Legacy Group is, that while they own some metropolitan mortuaries, they are very focused on the rural facilities. 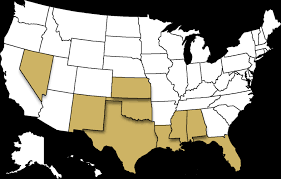 The other thing that this press release reminded me of was the many private consolidator companies that are out there.  We are all very familiar with Service Corporation International, Carriage Services, StoneMor, and Park Lawn which are public companies and are required to post results to the public.  However, there are some great private companies that continue to grow.

As more and more family owned funeral homes do not have a next generation to follow in the footsteps you will probably see these private companies continue to grow and hear more about them.  Here are some that we know about:

NorthStar Memorial Group – Texas.  According to NorthStar’s web-site they have 75 locations from Hawaii to Florida and serve eleven states.

Foundation Partners — Florida.  According to their web-site they have 70 locations and are located from East Coast to West Coast.