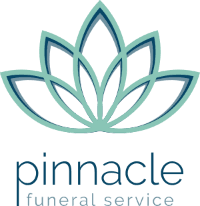 There is a saying where I come from that says, “It’s summer time and the living is easy”.  It conjures up thoughts of being on the golf course, and at the lake, and evenings around the fire pit — in general just simple laid back easy times to relax with family and friends.

From what I’ve seen in the press releases lately though, it looks like the financiers and accountants in the death care industry may not be having it as easy.  It appears from the following announcements that their heads are busy spinning with numbers, profitability, and offers to acquire or merge funeral homes.

Just the other day I say three announcements of mergers and acquisitions spanning two continents. . . here’s what I know:

Pinnacle announced the acquisitions of the Brintlinger  and Earl Funeral Homes, located in Decatur and Cerro Gordo, Illinois, the Purath-Strand Funeral Home and Crematory in Racine, Wisconsin, and the Delehanty Funeral Home in Loves Park, Illinois.

Here’s what Pinnacle Funeral Services CEO Paul Haarer said of these transactions in the company press release, “These acquisitions are just the start of a new era of exponential growth for Pinnacle and continues to solidify our presence in the Midwest.  We have found a great synergy in the region of like-minded funeral professionals who trust us to carry their traditions of service into the future.”

According to the press release, “Pinnacle Funeral Service currently owns 25 locations across 5 states.”

According to the news article, the acquisition includes the funeral home locations in North Webster and Syracuse in addition to the crematory in Warsaw.  Funeral Director, Cory Benz, is the owner of Titus Funeral Home, which was founded in 1956 and can trace its Warsaw roots back to 1937, according to a provided news release.

Here’s what Cory Benz said of the arrangement according to the article in The Goshen News, “Richard and Kym Owen have served the grieving in Kosciusko County for more than 30 years, providing unparalleled comfort during life’s difficult moments.  Their funeral homes and crematory are known for their compassionate and trustworthy care. And, as the new owners, this will not change.”

“I promise to maintain the same high level of care for which the Owen family and Titus Funeral Home are known for,” he added. “There will be minimal changes in the day-to-day operations, including our offer to maintain all staff in their existing roles. In fact, Richard will continue serving families as a funeral director. I am forever grateful to the Owen family for their confidence in our team and for the opportunity to maintain their firms as local and family owned.”

According to the article all three acquisitions were long-established family businesses with “strong reputations in their local communities”.  Funeral Partners announced the acquisition of Harpins Funeral Directors in Wakefield, Outwood and Horbury; Patrick Ryan and Daughter Funeral Directors in Ealing, and Greenford and Humphris Funerals in Banbury.  The three firms boast a total of almost 300 combined years of existence.

Funeral Partners has been in existence itself for 15 years and with the addition of these three acquisitions will have more than 230 facilities across England, Scotland and Northern Ireland.  All three acquired funeral homes will continue to be run by members of the founding families which should provide continuity of care for local communities and ensure continuation of the reputation they have worked to build.

Funeral Director Daily take:  I find it interesting that the mergers and acquisition environment just keeps on moving ahead.  There is always someone who wants out of the business and there is always someone else who believes that business will give added benefit to their current operation.  There seems to be the “Hunters” and the “Hunted” in the business and I’ve been around long enough to see one-time “Hunters” become the “Hunted” by even bigger organizations.

I’ve came to realize that it is just a fact of human life and revelation that our mindsets and priorities change over time which allow this phenomena to continue.  And, experts believe that our priorities on life are changing faster and more often at this time which I believe will exacerbate the mergers and acquisitions in the death care space.