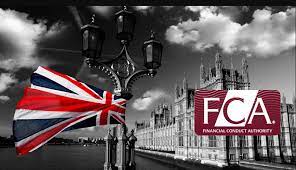 I’m a big believer in playing by the rules and also a believer that rules and regulations are necessary in order to live in an organized society.  I’m also one of those Americans who believes in the process of “Self-Reliance” and “Self-Determination” and sometimes think that “Regulations” can hinder one’s ability to be the “Best they can Be”.

Currently in Great Britain there is a real debate on the regulations of Preneed funeral policies.  I don’t pretend to be an expert on the totality of the situation, but it appears that up until now these plans have been regulated by the “Funeral Plans Authority” (FPA).  According to this article, “The FPA is a voluntary body which was set up back in 2002 in an effort to regulate the funeral plans sector. But around 2017, reports surfaced suggesting providers were ‘pressure selling’ and, in some cases, not funding plans properly.”

“Some of this was true,” said Graeme McAusland, Chief Executive of the FPA. “But in our view, it was nowhere near as significant as was given weight.”

Those perceptions, however, have led to a government inspection of the FPA which has resulted in a planned demise of the FPA and the regulatory body of preneed funeral plans to be taken over by Great Britain’s Financial Conduct Authority (FCA) come July 2022.  The seemingly strict requirements of the FCA have many wondering if the change will actually be better for consumer’s than today’s rules are.

All firms that want to offer or continue to offer preneed plans must now be licensed by the Financial Conduct Authority and some consider that their perceived strict guidelines will lessen the competition for the consumer client and make preneed policies less desirable.  The FCA notes that their process will ensure:

The Financial Conduct Authority also made this comment in their Statement on Funeral Plan Provider applications:

“We will not authorize firms that cannot demonstrate they meet these standards. This process is designed so only well-run funeral plan providers able to provide a valuable service to their customers can continue to operate. We warned firms to plan for the new regulatory regime or prepare to leave the market in an orderly manner.”

In addition to those statements, the FCA has also made this statement:  “In addition to assessing firms for authorization, the FCA is imposing new rules to make sure consumers are properly protected, including banning cold calling and all commission payments to intermediaries to make sure products offer fair value.”

So, now there are some who predict that many current companies in this business will not apply for authorization.  For instance, one company Safe Hands Plans Limited, has made this announcement on their website, “On July 29, 2022, FCA will start regulating the prepaid funeral plans sector. We have made the decision not to continue to provide funeral plan services after this date. We will continue to deliver funeral services at your time of need until 29 July. There is nothing you need to do right now. We will be in contact soon to explain what it means to you and [the] next steps.”

According to that same article in Great Britain’s This is Money, which you can find here, there is approximately 30 current providers of preneed plans that have not yet applied for authorization to continue in the marketplace under the rules of the FCA. The article insinuates that they will not continue with Preneed plans and are looking to off-load their current policies and liabilities.  The question is, “What will happen to the policies if they are unsuccessful in doing so?”

The article tries to answer the question with this quote, “If there’s enough in Safe Hands’ trust to get funerals delivered, we may see some of the big firms such as Dignity and Co-op ride to the rescue. But if there’s not enough money for that to be viable, there’s a risk customers could be left out of pocket.’

Of course, there is always the other side of the issue where many firms welcome the tighter regulations. Paul Thilo, managing director of pre-need services at plan provider Pure Cremation, said it was inevitable companies will leave the market before regulation kicks in.  “Contraction is inevitable.  But bad practice can’t be allowed to continue and not everyone in the market is behaving properly. Hopefully, regulation will give future buyers of plans an assurance the funeral plans market is fit for purpose and will deliver on its promises.”

Funeral Director Daily take:  It will be an interesting time in the Preneed market in Great Britain over the next 3-4 months.  Lots could happen. . . .We expect the Financial Conduct Authority to move forward with its stricter regulations to protect consumer interests.

That may mean insurance provider closures.  However, I’m more inclined to expect more acquisitions of the small companies by the larger players looking for increased market share. . .even if they give up some margins to do so.  At the end of the day, preneed plans can only get more popular if they deliver on the promises that they have made.  Consumers have to have trust and the big players in the business suffer if the smaller companies cannot make good on their promises.  I would argue that there is a lot to be gained by the big players making sure consumers are made whole by the smaller plan providers. . . even if it costs the big insurers money in the short term.

Enter your e-mail below to join the 2,595 others who receive Funeral Director Daily articles daily: