I think funeral homes have done it right 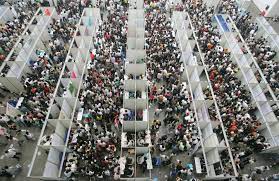 It may be because funeral homes, generations ago,  were usually started by a person with a caring heart who figured that if he gave families death care services such as caskets and burials, he could make some money doing so.  Like most entrepreneurs these individuals were willing to work long, hard hours and build their businesses by overworking and, at times when busy with multiple deaths, doing the work of two or three people for a short period of time.

When those days of extra work came more often, these business people weighed the options in front of them and, many times, took a profit cut so that they could afford to hire an extra person.  Much like I did in growing our business from 1980 thru 2013 I grew staff. . . but with each addition I weighed how that addition. . .and its costs including health care and other benefits, would affect the bottom line.

So, it was with interest that I read this Morning Brief article last week from Yahoo Finance.  It’s been no secret that America’s technology sector has been shedding jobs as of late.  You heard that Facebook executives were finally convinced by a shareholder through an open letter to drop 11,000 employees – over 12% of their total workforce — in November.  And, you have heard that once entrepreneur Elon Musk took over Twitter he has reduced the workforce by over 50% and the company is still operating on all cylinders.

And, the linked article from Morning Brief mentions that Coinbase has cut over 2,000 jobs and in a note to employees about the job losses their CEO Brian Armstrong made this statement:

“This is also a moment where I’d like us to focus on our startup culture, and remember what it feels like to have small, nimble teams that are able to get more done. As Coinbase grew so quickly in 2021, we all felt the coordination headwind that caused us to move more slowly. Over the past 10 years, we, along with most tech companies, became too focused on growing headcount as a metric for success. Especially in this economic environment, it’s important to shift our focus to operational efficiency.”

The author of the Morning Brief article then writes this:

“The investment culture in which Coinbase and so many other new tech companies were raised largely said the only things that mattered were growth and scale. Find a big market. Attack that market. Figure out how to make money later. This is the era now winding down.”

From my point of view it’s not the number of employees one has that really matters. . . it is the quality of the employee that you have.    And, the work that those quality employees do to improve the final outcome for your client families.  As the Coinbase CEO eventually pointed out, it is operational efficiency and nimbleness that is able to get more done. . . not necessarily more people.

Again, I think that death care businesses have been built the old-fashioned way. . . .earning one family at a time and by realizing what indicators made it a success.  That conservative business-bent, efficiency, nimbleness, going slow and methodical  —   are advantages that death care has had in the business world — knowing what your key indicators are, and measuring before cutting still seem to be the way to build a growing death care business.

Related article —  What are Objectives and Key Results?  Asana

Enter your e-mail below to join the 3,094 others who receive Funeral Director Daily articles daily: