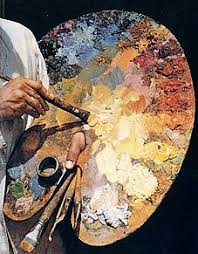 Over the last couple of years Funeral Director Daily has done many articles that pertain to cemeteries, not only in the United States, but around the world.  Many of those articles have dealt with the uniqueness of a cemetery or the lack of upkeep in a cemetery, or, because of that lack of upkeep, an effort to clean up cemeteries.

We’ve also talked about the business of cemeteries and how many cemeteries find themselves in financially negative cash-flow positions because of the growing cremation rate – which leads to little need for full service grave purchases and interment income – and the decades long gradual drop in interest and investment rates which hamper the earnings of a cemetery’s perpetual care funds.

However, today’s article, that is inspired from this article found in NBC New York, is a little bit different.  It deals with Brooklyn, New York’s historic Green-Wood Cemetery and their decision to establish an “Artist in Residence” program.  According to the article, “Green-Wood’s new Artist-in-Residence program was created as a means of allowing emerging and mid-career artists to engage with the site’s unique art, history, and nature.”

The program will be nine months in length and the chosen artist will have use of Green-Wood’s grounds as a creative resource and inspiration as well as be given studio space in the Historic Landmark Gatehouse on Fort Hamilton Parkway.  The position is open to those who are living in New York City and work in the visual or the performing arts.

The residency position artist will be provided an honorarium from the cemetery.

According to the article, Green-Wood, founded in 1838, was at that time one of the first rural cemeteries in the nation.  It encompasses an area  of 478 acres and is believed to be the final resting place of over 560,000 souls.  At one time, it attracted over 500,000 visitors per year and was second only to Niagara Falls as the nation’s greatest tourist attraction.  It is said that its popularity is what inspired New York City’s Central Park.

Funeral Director Daily take: An interesting idea and one that I am glad to see Green-Wood put forth.  Obviously, Green-Wood Cemetery is not one of those cemeteries that is in financial difficulty.  I’m guessing like a lot of old-time East Coast colleges where the endowment income is great, Green-Wood’s perpetual care position may be in the same positive boat.  Much like using endowment money for scholarships, and increasing the scholarship amounts in tough economic times in order to be of help to students, Green-Wood apparently has the resources to help its community at this time. . . . and that is a valued proposition.

In this time of COVID where museums may not be open, artists may be having a down economy for their work.  As an American, I’m all about helping those that may need it and this program by Green-Wood seems to take that track.  And, who knows, maybe the publicity generated and the products produced may, in the long-run, be a great boost for Green-Wood Cemetery.