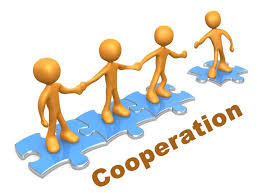 Operating a funeral home and/or crematory operation as a business is an expensive proposition to start when you think of the fixed costs that it will take.  It’s not like starting a lawn care service where you need some basic equipment and wait for the phone to ring to put it to use.  In the lawn care business, outside of that original equipment, you operate on what I would call a high level of variable expenses only when you get business — expenses like gasoline and manpower by the hour.

When you start a funeral home it is not the variable expenses that have to be worried about.  Yes — you have some of those. . . .let’s say you use a trade preparation and removal service that you pay by the call.  That would be a variable expense, but what you really have in starting a funeral home is fixed expenses.  The main expense, in almost all cases of one-person start-ups, would be what I call “Facility” expenses.  That would be the mortgage on a funeral home building or the rent, the utilities, lawn care, snow removal, internet services, phone services.  Then you also have some expenses you most likely can’t get away from including advertising, some type of automobile or van expenses, and some type of personnel in the funeral home building during open hours.

And, these fixed costs are not like variable costs in that you don’t only have to pay the costs when they are used. . . . these costs are there 24/7/365 whether you get a death call or not.

From my point of view, the funeral business was always thought of by me as get enough calls to cover your yearly fixed costs as early as possible in the fiscal year and once to that “mountain top point” all other calls only incurred variable costs which would make them highly profitable.

There are some things funeral homes in the same community have done to lower their fixed costs.  They have combined on buying a hearse with a neighboring funeral home.  They have rotated “call nights” to lower personnel costs.

However, this article from the Press of Atlantic City tells of an extreme measure two South Jersey funeral homes have taken to drastically lower their overhead costs.  The two firms — Boakes Funeral Home and J.S. Goldstein Funeral Home and Monuments — are sharing a building in which they both operate their separate funeral homes out of.

Both funeral homes have their own pricing but do work off of common expenses according to the article.

Here’s a snippet from the article that mentions the extent of the sharing that is done, “Goldstein is in business by himself, but Boakes shares his six employees with Goldstein. They also share vehicles, the parlor, the arrangement room and the chapel where a cross, crucifix or a six-pointed Star of David can be put on a wall depending on what is needed.”

This type of arrangement is probably not for everybody, but as you read the article, you get the feeling that it works for these funeral homes in their situations.

Funeral Director Daily take:  I found this article interesting because where I come from, Minnesota, this is not a common practice at all.  Funeral homes have become more cooperative and collaborative over the years but there still is that “edge of competition” that is usually there in smaller communities that sometimes stops collaboration.

Over my career I sometimes look back and feel that I could have been more cooperative and collaborative with those funeral directors who competed for calls with me.  However, I had selfish business reasons not to be. . . . .I was trying to build a brand that related professionalism, competence, and care to the community.  To do that, I wanted to have all vehicles be matching in color and quality.  I wanted my trained staff to make the removals and be able to make the first contacts with the mourning family.  I wanted our Preneed counselors to be able to tell of “The Anderson Way” of helping families.

So, while I was successful in doing it different than the cooperative state the article mentions of the Goldstein and Boakes operations, they are proving that cooperation can work too.  If anything, the article and the way I did things, prove a point in that there are a multitude of ways to serve the families who need funeral directors.  There is no absolute right or wrong way.

What really matters is that we are prepared in whatever way works for us to take care of those families that call us for help.