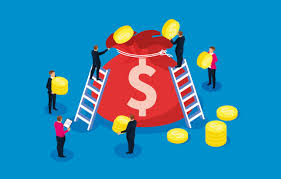 It’s another way I see that the death care world has changed since I left the active profession in 2013.  That’s only nine years ago but even how funeral and memorial services are paid for has changed.  In my day families came in to the arrangement conference and almost all services were financed by savings, credit card, or pre-arrangements set up in advance.

Today, there is a growing trend to finance funerals through crowd-funding such as sites like “GoFundMe”.  So much so that GoFundMe, launched back in 2013, has recently tailored its site so that those who are looking for money to help pay with funerals and memorials will have a tailored site much more empathetic to the mourners.

In this article from Fast Company, it is explained that “crowdfunding has been a source of both hope and sadness” — think hopeful things like travel and education and sadness asks such as emergency medical issues and death.  GoFundMe explains in the article that prior to the recent  makeover organizers of sites went through the same process. . . even as they were asking for funds for different things.

Here’s a couple of paragraphs from the article that tells what “Digital Empathy” will look like:

“. . . .It’s more tailored, more thoughtful, and less transactional than other kinds of user interfaces. Once users select the funeral and memorial option from the category list (formerly a dropdown, now a block of clustered, at-a-glance options), the screen switches to “the empathy takeover,” a series of messages that take a moment of pause in the sign-up process to recognize the feelings of the person on the other side of the screen.”

“Other updates include an optional funeral service date feature, which allows organizers to clearly communicate to potential donors the timeline for when funds are needed without having to make that ask themselves. Language adjustments throughout the user experience shift the tone from commands to questions, and the focus from the organizer to the person they’ve lost.”

It is also noted that the message boards on the Funeral/Memorial sites will be renamed from “Comments” to “Words of Support”.

David Murray, head of design at GoFundMe says this of the project, “Raising funds for funeral expenses is different from fundraising for a new creative endeavor, so we want to empower our users to ask for help in a way that fits best. . “

Funeral Director Daily take:  If you Google “GoFundMe funerals/memorials” you will come to this page as I did.  It is interesting in that using their statistics of 125,000+ memorial fundraisers per year and $330 million+ raised per year, and then adding some approximate statistics on death numbers in the United States, you can come up with these approximations:

The 4.1% and 1.57% numbers are pretty surprising to me.  To think that 1 out of every 25 families uses crowdfunding for funerals and that moving up to 2% of all death care funds come from crowdfunding is a number higher than I would have thought.

Maybe those numbers shouldn’t surprise me because I probably had more than 1 out of 25 families who asked me if they could have time to pay the bill. . . time as in monthly payments.  Maybe those families have just found another way to help — crowdfunding.

Regardless of what you think of these numbers. . . .I’m guessing that they will grow.  There are a lot of companies in the digital memorial remembrance space.  Do you think, as I do, that maybe GoFundMe will have a leg up on them as they can help create the memorial page at the same time that they raise funds for the family?  Or, maybe it will become common practice for funeral homes to allow for friends and relatives to contribute to funeral expenses when they look up the service information on the funeral home’s website. . . via a link to GoFundMe or some other similar site?

I don’t have the answers.  Some of the mixing of “remembrance” with “payment contributions” doesn’t seem right to me.  I just see the funeral price ask as different from donations of memorials or flower purchases.  However, as death care moves forward, I expect more and more hybrid sites featuring memorial remembrances to also offer links to help pay for funeral or memorial services.