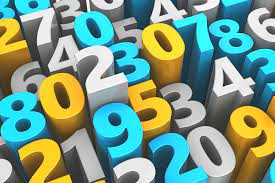 That article captured my interest on other numbers, or data, which may be of interest to death care professionals.  For instance, what percentage of death calls do the national public companies claim each year or what is the average number of deaths per funeral home in the United States?

Well, Funeral Director Daily spent some time looking up available numbers that relate to our profession to give you an idea of where the numbers lie.  And, it is truly an idea because nothing is constant. . . the numbers are moving even as we read this article.  Also, some of the numbers are from different years. . . .for instance, the latest idea of number of funeral homes in the United States comes from the National Funeral Directors Association (NFDA) and is a number reflective of the year 2019, yet some of our death numbers are reflective of 2020.  So, we caution you, these numbers are approximate estimations of somewhere in time, although they may indicate trends.

Anyway, lots of numbers, lots of data, and many ways you can look at extrapolting the results.  I thought this was kind of an interesting exercise – I hope you enjoyed it.