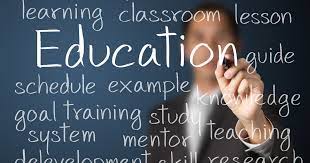 Today we bring you this interesting article from the Iowa Capital Dispatch concerning a potential funeral director who believed he needed a waiver to receive his Iowa Funeral Directors License.  One of the requirements for licensure by the Iowa Board of Mortuary Science is that the applicant has completed 60 college credit hours and maintained a minimum of a 2.0 grade point average (GPA) relative to those earned credits.

The article tells the story of Andrew Merschman who had completed the Mortuary Science program at Des Moines Community College, passed the Iowa Funeral Law Course, and passed the National Board exams, but according to the article, the Iowa Board of Mortuary Science determined that his total grade point average was 1.9, slightly shy of the required 2.0 GPA necessary for licensure.

Merschman appealed the decision and when asked by the Board why they should grant a waiver he replied, “I’m ready to begin my career and I’m just trying to avoid six more months of school, really.”

Again, according to the article, the Board did all that they could to help Mr. Merschman.  In fact, when they realized that he had participated in Marching Band during his freshman year at the University of Iowa and included that participation into his GPA it exceeded the 2.0 GPA threshold.  The Board then concluded that Mr. Merschman did not need a waiver to become a licensed funeral director.

Funeral Director Daily take:  I would call this an “All’s well that ends well” story and a positive outcome for Mr. Merschman and his quest to move on in the working world as a licensed funeral director.

However, it does shed light on the funeral profession and the differing set of circumstances and requirements of the various states and their licensing boards.

There are people a lot smarter than me working on this issue in funeral service and, in my opinion, anything that can be done to make licensing more universal in nature would be a good starting point.

The state of Arizona has implemented what they call “Out of State License Recognition” or “Universal Recognition” for many occupations.  It is a law fairly new in nature that allows people licensed in other states to be able to do the same work upon moving to Arizona.  From my understanding, and according to this website, it appears to be available for embalmers and other occupations in funeral service.  In general, what “Universal Recognition” does is make it available for one to be licensed in Arizona if they become a resident and they have an active license from another state for at least one year.

I continue to believe that licensed funeral directors will be in short supply in the future.  It is up to our profession to monitor that we have both competent licensed people in the profession and also a way in which they can move from state to state without too much complication.  The Arizona law seems to be one way to move forward in that direction.