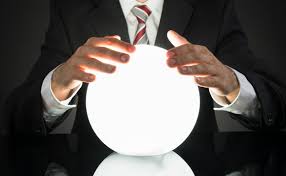 Today’s is one of those articles that I enjoy writing. . . pure speculation on my part and if I am wrong with my thought process no one really knows until later in the year when this article has been all but forgotten.

Funeral Director Daily is taking today to take a speculative look into 2021 and the different realms of death care and what we see happening with each.  From traditional funeral homes, to aspiring national providers of direct cremation, to the acquisition environment, to funeral tech companies, to the green movement, to preneed, and to cemeteries,  we will try to give you our gut feelings on those items in a short concise manner.

Traditional Funeral Homes —  Back in 1980 when I started full-time in the funeral business, traditional funeral homes virtually handled 100% of the post-death grief process.  In the following 40 years that control has been chipped away . . .at first by such small items as printing companies printing memorial folders and later moving into such things as caskets being bought at non-traditional venues.  One of the largest items that has been stripped away over the years is that of conducting memorial services for cremation cases. . . .as many churches now tell parishioners that they don’t need a funeral home for this – the church can handle it. . . in some cases for a fee.  Funeral homes have fought back by creating special chapels for such and adding amenities such as reception centers.  However, over time we continue to see services such as funeral/memorial planning and preneed, once offered only by funeral homes, to be offered by more and more competitors in the arena.  In large metropolitan markets where there is much choice, we see this threat to traditional funeral homes continuing to grow rapidly.

My best advice for traditional funeral homes is to continue to preach that you have been, and continue to be, the experts in “death care” to your community. . . Regardless of what type of disposition they are seeking, let your communities know that one call to you can take care of all the details for whatever services they would request for their loved one.

The National Direct Cremation Brand movement – The last couple of years have brought out, in my opinion, a concerted attempt by companies to build a national brand of low-cost direct cremation.  Some of these are simple start-ups with big ambitions and some are well funded by national funeral home companies already with solid assets and cash-flow.  All of them, however, seem to be intent on fighting for that lowest possible cost cremation customer.

These companies include Solace Cremation, Smart Cremation, Tulip Cremation, and even the Neptune Society.  And, our sources tell us that we will hear of another large company rolling out its branded product in this, not so niche market, soon.  Finally, a Canadian competitor, Eirene, believes that they may have a better idea with a higher, but cost-contained, concierge cremation service.

I don’t think you will see much of this market in 2021 other than the build out of the aforementioned brands.  I do believe, however, that over time there will be a shake up in this space via acquisition much like the cellular phone companies had in the 1990’s and 2000’s leaving us with three big players, AT&T, Verizon, and T-Mobile from the over 100 providers prior to the Telecom Act of 1996 which made mergers and acquisitions in that industry easier.

I think we will see eight or ten companies try for a national roll-out and in the next decade, because of acquisitions based on strength, there will be two that remain.

The Acquisition Environment ––  Funeral Director Daily believes that the COVID-19 experience for individual operators will lead to the largest opportunity for growth by acquisition than anytime in the past 50 years.  Couple the fact that working in the environment was not the easiest on owner/operators, with the fact that so many owner/operators are in the over 55 age bracket,  we see many opportunities presenting themselves.

The flip-side of that coin is that the environment for doing the due diligence by a buyer may be somewhat hampered by what has happened with COVID-19 and the financial numbers may be skewed making acquisition pricing difficult without a consultant on your side.

The Funeral Tech Companies — Our view is that there are a lot of “One trick ponies in the death care tech world”.  (BTW — we think that is the slogan that President elect Biden was looking for the other day when he called someone a “One horse pony” which didn’t seem to make much sense).

In my opinion, I think that there are a lot of technology companies that can help funeral service.  Some are better than others or have more start up funding than others.  The trick, again in my opinion, is for a tech company to be able to acquire funeral home clientele and get to a base number of clients that can make the company profitable.  Not all tech companies may be able to do this.

What that will lead to is tech company growth by acquisitions of, not competitors, but of collaborative companies that they can then feed to their existing clientele to grow sales.  As many of the start-ups see that the cost to get to “critical mass” will be either too long in time or too expensive in investor capital, I believe they will look to be acquired by one of the successful collaborative companies with existing clientele.  This will, over time, lead to less funeral tech companies, but those companies will be larger and have more solutions in their company portfolio for funeral homes.

The “Green” Movement –  I’ve actually been shocked to see so many cemeteries set aside sections for “Green” burials.  While earth burial seems to be declining, I believe a growing percentage of what remains of earth burial will continue to move to “Green” burial.

I also look to alkaline hydrolysis and recomposition as “green” movements and, especially with alkaline hydrolysis, as the population learns of it and its availability becomes more prevalent, I see it cutting into flame cremation in a big way. . . . even as a higher cost, but more environmentally friendly, alternative.

Preneed — Funeral Director Daily believes that over time one of the greatest death care beneficiaries of COVID-19 will be the preneed insurance industry.  COVID has made all of us think of our mortality and while funeral homes have brought preneed to the forefront of the 60 and over consumer over the past 40 years, I think that COVID and non-funeral home concerns will move the needle forward in greater movement going forward.

Take a look at the Great Britain company, Dead Happy, to see how this could happen.  I don’t think that this is too far off from what will become mainstream in the future and funeral homes will have to work hard to protect their share of the preneed market.  Companies like Dead Happy, or something similar including upgraded “Final Expense Plans”,  will be a force moving forward as a competitive repository for a consumer’s death care money bag.

Cemeteries — We’ve said it many times before and we continue to preach it. . . . cemeteries need to work with the public on promoting value to the idea of permanent placement of the deceased. . . weather full body or cremation.  Cemeteries sell that space and the products that go with it. . . .if consumers don’t value permanent placement, cemeteries will have problems.  It’s that simple.