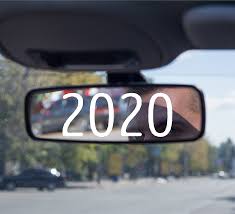 There are a lot of reasons that people may look to get the year 2020 in their rearview mirror.  However, when you look individually at the performance of the public companies in the death care realm for the calendar year, my guess is that almost all of them would be happy to repeat the year’s performance in 2021.

There is no doubt that COVID-19 was the number one story not only for the public death care companies, but around the world in 2020.  As for the public companies, it affected how they did their work and to some extent caused a great deal of strategizing on how to get service revenue in a world where in many places services were not allowed because of social distancing rules.  From my point of view, I think that funeral homes were adept at adapting in finding out how to ring this revenue from consumers.  That fact, coupled with the approximate 15% increase in deaths because of COVID, was the secret to their success.

We are going to itemize the eight public companies that make up the Death Care Index (DCI).  The number that you see immediately after the company name is the Total Return for stockholders during calendar year 2020.  Total Return is defined by the percentage of stock price appreciation or decline plus the current annual dividend rate.

Service Corporation International +8.3% – SCI has proven that they know how to get things under control.  Once COVID hit our shores they immediately saw a reduction in revenue per service.  However, by the end of the 3rd Quarter they had corralled that issue, saw 3Q Revenue up 19.3% and had honed in on improving their Operating Income for the 9 month period by 30%.

StoneMor, Inc – +81.3% – StoneMor has had a lot of work to do in the last couple of years and if you follow Funeral Director Daily you will know that we think they are executing on a solid plan to get back to profitability.  They have outsourced some employees, sold selective property, paid off debt, and consolidated their geographic scope to roughly 1/2 of the United States.  During the year the company also turned down an offer for the largest stockholder to take the company private.  It is our understanding that a lawsuit has now been filed on the intentions of that last item and we will just have to wait and see where that goes.

Carriage Services – +23.6% – Carriage Services has bounced back from a disappointing year a couple of years ago to the point where they now carry a Price to Earnings ratio of 54.3 and a stock price at a 5-year high.  They have also raised their dividend and their CEO has been buying stock.  All of those things point to an “Optimistic” outlook.  They came into 2020 with a leadership succession plan and just coming off their largest acquisitions in their history.  The succession plan evaporated when William Goetz decided to leave the company six months into the plan and it is our opinion that the jury is still out on how Carriage will manage the large acquisitions from late 2019.

Park Lawn Corporation – (-0.4%) –  The total return to Park Lawn stockholders was virtually breakeven as it appears that the company was feeling out its new leadership and getting its footing after some rather large acquisitions in 2019.  The resignation of former CEO Andrew Clark and his later hiring by Plotbox caught many off guard.  It also initiated a lawsuit by Park Lawn alleging that he took Park Lawn Corporation secrets with him to that company.  We do feel, however, that the elevation to the highest leadership of the company of CEO Brad Green and COO Jay Dodds will will work out well for this entity moving forward.

Hillenbrand Industries — +21.7% — Probably what caused the big movement in Hillenbrand Industries stock was the successful integration of the Milacron company.  Hillenbrand’s revenues for the year increased 39% which included a 4% increase from Batesville.  And, while Batesville continues to become a smaller part of Hillenbrand as the company remakes itself, it continued to bring in earnings. . . . the increase more than likely from increased deaths, due to COVID,  rather than any market share increases in a pretty stagnant casket market.

Assurant — +5.8% — In late October Assurant announced a focus on their Lifestyle and Housing businesses.  In that same press release they announced that the 3rd leg of their conglomerate, what they call Global Preneed, would be exploring strategic alternatives, including a possible sale of the division.  It was announced that Goldman Sachs would serve as an advisor for this task.  Our  sources have been somewhat quiet on this front, but we anticipate that sometime in 2021 we will hear from Assurant as to what strategy has been selected for their Global Preneed unit.

Matthews International – (-20%) —  While StoneMor, Inc. has been the consumer investor winner for 2020, Matthews International stock has went the opposite direction.  However, it is not because of their Memorialization division which has seen increased sales from its casket, cemetery memorials, and cremation equipment segments.  Its other two business segments have trailed in 2020 and the Memorialization division has become more and more a leader in the company.  There is still confidence in this company to bounce back post-COVID and the board of directors showed that by increasing the dividend paid to shareholders on November 18.

Security National Financial Corporation – +50% —  As we wrote in a 3Q Earnings Report on this company, they seem to be firing on all cylinders.  In a world with a higher number of deaths than envisioned, including what we believe are many un-planned deaths, it is not surprising that a company that helps consumers pay for funerals — through insurance assignments to funeral homes and preneed– would not be thriving.

So there you have it, in a nutshell, what Funeral Director Daily saw in these companies in 2020.

When you look at the four public funeral home and cemetery operators they are led by an accountant (Tom Ryan at SCI), a banker (Mel Payne at Carriage), a veteran executive including the telecommunications industry (Joe Redling at StoneMor) and an attorney (Brad Green at Park Lawn).  Family funeral homes are many times leery of the big companies and I would think having someone who has been in a funeral director’s chair for some time would put more potential acquisition candidates at ease.

Maybe it is simply because of the nature of the funeral business. . . . that being localized does not give a funeral home owner the broad based knowledge that would be needed in these positions leading a country-wide operation.

Disclaimer:  The author of this article holds stock positions in Service Corporation International, Park Lawn Corporation, Hillenbrand Industries, and Security National Financial Corporation.  However, I can’t help but think that it would be an asset to the organization to find someone with those credentials if possible.