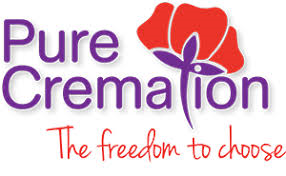 According to an article from the United Kingdom’s Telegraph which you can read here, funeral director Catherine Powell encountered a family a few years ago that explicitly said all they wanted was a cremation with the ashes returned to them.  Nothing more.  Powell complied and the customer was very pleased.

Powell remembers thinking that if that family wanted it that way, maybe more families do, but don’t know it.  Powell’s funeral home tested out the concept by offering their simple cremation at about 40% of the cost of a cremation with services.  The hunch was right and in about three years the simple concept had surpassed the sales of traditional services of all kinds at their funeral home.  That’s when Pure Cremation was born.

Powell sees Pure Cremation catering to a consumer that wants to uncouple the ceremony and committal from the practical aspects of physical care and cremation.  From my perspective, I believe that knowledge of what the consumer wants has been the key to Pure Cremation’s growth. . . they don’t try to be everything to everybody. . they focused on where they thought the consumer was going.

Pure Cremation leaves families the ability to handle their own farewell ritual – wherever and whenever they want.  To build their business the Powell’s used Google Ads, targeting people who searched for this topic.  Powell also contends that this absolute minimal service has always been available from funeral service but never been proactively marketed in the United Kingdom.

Another interesting that that I noticed is that, from my point of view,  most United States funeral homes when they encounter a cremation client, try to move the discussion to services, like rental casket, embalming, funeral service, etc, and then cremation.  Powell, in the article makes an interesting comment, when she says, “People appreciate that we don’t treat it like they don’t love their family, but as a positive and alternative choice.”

Now, three years after their launch, the company  did US $2.24 million in sales last year and is on pace pace to do US $3.42 million in 2018.  They have a staff of 24 and have expanded into Pre-Need sales for their services with their trust holding US $5.27 million and 300 new policies per month being attracted.  That pre-need growth assures at-need sales increases in the future.

All of this was accomplished without owning their own crematorium which will open at the end of 2018.  They also recently closed a US $9.68 million round of venture capital funding to build their business model out and increase marketing.

So, is this simple, direct, low cost cremation the wave of the future?  That is the multi-million dollar question.  Powell, in the article points to a new generation of customers, such as those that use Pure Cremation, who reject convention and want more choice and control.  She states, “The traditional players have not had to engage with what the client wants – merely what they’re prepared to give.”

The United States market does not always mirror what has happened in the United Kingdom over the years.  However, as Powell states, funeral homes do have to know what their consumers want. . .no longer can they operate profitably by giving them what the funeral home thinks is right.

My big take away from this article is that consumer preferences for everything are always changing.  . sometimes fast, sometimes slow, but none the less, always changing.  Pure Cremation has a very keen sense of what is happening in their market and has responded to it to build a profitable business.  Wherever you operate, you have to understand your market and be flexible enough to stay ahead of the curve for maximum profit and growth.  You can rest assured, that if you are not serving the market correctly, somebody else soon will be.