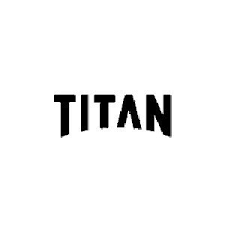 At least in my area the idea of consumers purchasing caskets either online or in person from Costco and WalMart does not seem to have caught on.  I think one of the reasons why is that area funeral homes have not warmed to that idea and don’t like the competition from those large retailers.

However, the tide may be turning with online casket purchasing with startup company Titan Casket.  I think Titan is different.  Yes — they do offer caskets direct to the public through online channels, however, they also have a program where they will work with funeral homes to offer their caskets for sale by those funeral homes.

Eddie Pitt, President and CEO of the Commander Initiative said this about the agreement, “Partnering with Titan Casket is a win for The Commander Initiative and the future of our members. The pandemic has prompted open conversations about the price hikes and customization options when making casket purchases. As we enter the next phase of this profession, it is important to us to have a partner that can ensure on time delivery, affordable high-quality caskets and customization options. Titan Casket will help us to fulfill our mission to satisfy the needs of funeral homes and best serve their clients’ every wish.”

Funeral Director Daily take:  I think that there is a slow evolution taking place in funeral homes across the country when it comes to casket selection and the “casket room” model of selection.  Traditional casketed services are sliding in popularity with the United States increasingly becoming a cremation nation.

Traditional casketed services have long been the backbone of revenue and higher raw dollar margins for funeral homes because of the sale of caskets and vaults as well as the revenue brought in for preparation of the human remains.  As these type of cases slide in popularity among the American public, funeral homes need to do what they can do to hold on to as many as possible or see, with the same case volume, revenue and profits drop.

There’s also been a lot of talk about the growing “individuality” of funeral and memorial services in the past several years.  When I think of casket selection rooms, they generally run from 16-24 casketed units.  In a world of individuality, it is hard for me to see those rooms offer all types of “individuality” caskets for the great number of interests that are out there. . . . . and if a funeral home does not have the particular casket that would result in a highly satisfied client, then they are missing the mark and there is a probability that that customer family may not choose a traditional funeral service the next time around.

I actually practiced what I am preaching.  Back in 2005 we built a multi-million dollar new funeral establishment.  Every 1,000 square feet had a rough cost of finished construction to it of about $200,000.  I had to decide, within our budget parameters, if we were going to put $200,000 into a selection room or could that money be better appropriated for a larger chapel, or a reception room, or a children’s room.  When you figure we did about 300 calls per year with about a 50% cremation rate, the casket selection room would be used by about 15o families annually for about 30 minutes each. . .or a total of about 75 hours per year.  In comparison, a larger visitation chapel would be used, and seen by the community, for a total of 900 hours per year.

The financial answer was very simple. . . we did not put a selection room in our new building and instead went with a program that via the internet would hook us up with the Batesville or Aurora casket warehouse in Minneapolis and display all caskets they had in stock available for 24 hour delivery to our funeral home.  We could sort by colors, wood or metal, price points, and the like.

Turns out that our client families loved this option. . Quite frankly, many were glad there was not a “room with caskets” they had to enter.  Another great positive in the decision was that we could now offer every casket those companies had in stock to our client families giving them a much better selection than we could have ever given with the 16-24 units in a selection room.  At times, certain caskets were chosen by families that I would have never thought to put in our selection room groupings.

That funeral facility has been enlarged over the years to offer more visitation and reception space, but the online selection of caskets, seen on a large screen television monitor, still remains and stands the test of time.  My view is that the American consumer gets more and more comfortable with online purchasing every day and it is no different in the quest for the purchase of the “right” casket.. . . and in the quest for the “right” casket, Titan probably has it — as their website boasts of a selection of over 1,000 units.