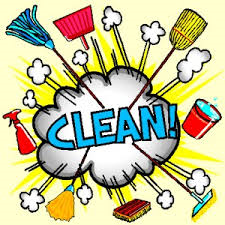 We bring you this article from the Longview (TX) News Journal that deals with the clean up of two cemeteries in the city.  The cemeteries are both owned by Service Corporation International and the news article deals with some families dismay that they believe that they were not properly notified of the clean up.

According to the article, family members are disappointed that memorabilia, as well as flowers and flags, were cleaned off of the grave sites and disposed of.  One comment by family member Victoria Koenig says she “was sick to her stomach at the bare state of the graves of her grandparents, father, and son.”

In defense of Service Corporation International (SCI), a spokesman for the company says that signs have been posted at every entrance for the past two months of the scheduled February 26 clean up date.  They also point out that SCI has taken out regular advertisements in the News Journal about the date.  Some family members contend, however, that they should have been notified directly.

Funeral Director Daily take:  Cemeteries are in every community of America.  Clean ups do need to take place.  What do other cemeteries do that solves this problem?

While off the board now, for several years I served on the board of an association owned cemetery in my home community.  I know that cemetery permanently kept signs up that notified people that after Labor Day, and in preparation for our Minnesota winter, families were encouraged to take trinkets, etc. as the cemetery would be cleaned.  I do believe, however, that the cemetery was pretty lenient on personal items left on graves and did not always remove them.

I also learned that contacting family members of the deceased was not always easy.  The cemetery I refer to is about 150 years old and we have records of a families owning an 8-lot plot with only the husband and wife buried in the plot – leaving six unused graves.  We believe that the intent was for that family to have their children (and future spouses)  buried there but over the past 100 plus years the children and their families have left the area.

As the cemetery had fewer and fewer unsold lots we went to the trouble of “reclaiming” lots for the cemetery.  It was a monumental task as we had to try to locate heirs of the lots before we could ever reclaim one.  As a matter of fact, using information available to us, many of the heirs could never be located.

In any regard, I see this issue as a sticky wicket in cemetery/lot owner/relative relations.  However, it is one where maybe a solution can be found.