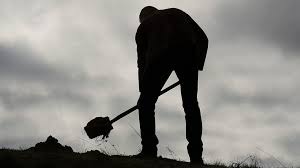 Over the last couple of years of writing the daily article for Funeral Director Daily one of my routines is to continuously search for information that might be of interest to those in the funeral, memorial, or what is now being called the “Death Care” space.  In doing so, I have came across many articles, and written about some of them, which deal with problems of cemeteries moving forward.

In general, those problems stem from one of two areas.  Number One is that, especially in rural areas, many cemeteries are abandoned and there is no one to care for the property.  People have moved from these rural areas and as they have over the past decades actual burials in these type of cemeteries has ceased.

As the active burials have ceased, cemetery management – usually volunteer association members – have just not had anything to do and as they died off no one has replaced them.  However, there are relatives of the cemetery occupants who have done some of the lawn mowing and upkeep, but as they die off or get incapacitated, the cemeteries eventually sit in disrepair.

The problem generally comes to light when somebody goes to the municipality where the cemetery is situated and asks for help.  The discussion then moves to the Number Two problem that I see for these cemeteries — a lack of revenue.  The municipalities eventually realize that these cemeteries are eventually proclaimed abandoned property and they realize that they have to do something with the issue.

Here is an article that Funeral Director Daily did back in September which tells about the issues they are having in El Dorado County, California with this exact issue.  Public funding for cemetery maintenance has risen from $73,000 in 2015 to near $250,000 for calendar year 2019.  The article suggests that the county may be looking at a tax increase of $9 per land parcel just to fund this upkeep.

Here’s another article about how a change in burial practices and the high cost of doing business in the cemetery business, in this case real estate taxes and upkeep, is causing a major metropolitan company to take a different look at their cemetery operations.

And now, recently I have started to see another issue — whilc not a “cemetery” problem — that may cause problems around America.  That problem is discovering that there may be old cemeteries and dead bodies laying in reverence where we don’t even know it.  This article from Funeral Director Daily illustrates that problem when bodies were found in a Texas construction site.

I also came across this recent article that illustrates an issue that a Tallahassee, Florida, private golf club now finds itself grappling with.  The golf course is built on a former plantation and through research and eventually a park service archaeologist, it has been deemed that some of the subsurface anomalies found at the country club are indeed graves.

Florida State Sen. Darryl Rouson is quoted in the article, “We want to identify covered-up graves that have been built upon, or destroyed, or obliterated from history.  Once identified, we’d like to do some type of memorial for those souls.”

So, from these articles and from these issues of cemetery abandonment, cemetery financial woes, and the issue of unknown cemeteries being divulged by construction or other means, it is my belief that local, county, and possibly even state governments may have to play a role in the solving of these issues.