The What Is?? of Alkaline Hydrolysis

About five or six years ago I was at the Minnesota Funeral Director’s Convention when I first heard about alkaline hydrolysis – the process of an acid bath like process to decomposs the body.  I was wandering around the exhibit floor and there was a small booth promoting a machine for such.  Being inquisitive, I stopped and listened to what they were saying.  I heard the sales rep say that the Mayo Clinic in Rochester, Minnesota, had the only machine […]

An article that appeared in the Green County Daily World of Linton, Indiana, caught my attention the other day.  It was entitled “Walton’s install crematory at Welch & Cornet Funeral Home in Worthington”. I read the article and then did a little research.  The article states that the crematory will be the first in Greene County, Indiana, and serve the three locations/communities that 43- year old funeral director Todd Walton owns and operates in the rural Indiana area. Walton states […]

The Carl J. Mowell & Son Funeral Home of Fayetteville, Georgia, has been granted a Special Exception from the Fayettevill City council to allow for a crematory  on the site of their existing  Fayettville funeral home.  According to an article in the Fayette County News, a Special Exception was needed because under current zoning laws a crematory could only be located in an industrial zoned area. David Mowell successfully argued that there was just more dignity to having the crematory attached […]

Owners of the Heafey Hoffmann Dworak & Cutler Funeral Home in Omaha, Nebraska, and their insurers, Cincinnati Casualty Company and Cincinnati Indemnity Company filed a lawsuit on March 20, 2017, against Mathews International concerning a fire at the mortuary that happened over a year ago. The Omaha World Herald has reported that on January 26, 2016, the mortuary went up in flames and losses totaled over $2.2 million.  According to that article, the insurance companies contend that the blaze resulted […]

Crematory Reported to Authorities for Fumes and Smoke

A Charlottesville, Virginia resident has complained to local and state authorities about the residue that comes out of the stack at the Hill and Wood Funeral Service Crematory on Stewart Street. According to a report from NBC 29, resident Renee Leake filed a complaint with the Virginia Department of Environmental Quality concerning smoke and fumes coming from the crematory.  The article states that she has filed at least two complaints. Funeral Director Stephen Christianson of Hill & Wood is quoted […]

It should not surprise anyone that in a state of approximately 75% cremation services that a State Assemblyman is pushing forward a bill introducing Alkaline Hydrolysis as a legal form of cremation.  According to the Las Vegas Review-Journal Assemblyman Nelson Araujo of Las Vegas has introduced Assembly Bill 205 which would legalize the process. The process is legal in some states and Assemblyman Araujo believes that the liquid cremation method is a greener alternative to flame-based cremation. Under his bill, crematories would […]

There is a small problem in the community of Marysville, Michigan, according to an article in The Voicenews.   Marysville Director of Public Works, Barry Kreiner is quoted as saying, “We are all out of niches.  They are all sold”. At Funeral Director Daily we have mentioned that cremation seems to becoming the preferred method of disposition but it seems that in the community of Marysville that they cannot keep up with the demand for niches at the local cemetery. […]

What to Do with Burial Plots

An article recently published in the Wilkes-Barre Citizen’s Voice that deals with the number of cremations on the rise also reaches into the ramifications for families who have purchased cemetery burial space and now have no reason to use it. The article which lets us know of the rise in cremation services worldwide for a final method of disposition also touches on the Cremation Association of North America and the oft-used statistic that the United States surpassed the 50% cremation […]

Prices are dropping for cremations in western Kentucky according to an article in the Paducah Sun. Lyman Hutcheson, managing partner of the Cremation Society of Paducah and two local funeral homes is quoted as saying, “Pricing shouldn’t be a mystery”. Hutcheson installed a crematory in Paducah seven years ago when the historically low cremation rate in America’s Bible Belt was only 8 percent. Today that percentage is rising and as it is rising, the Cremation Society of Paducah has been […] 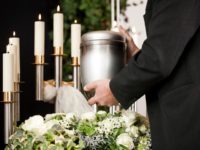 6 News reports that some Wisconsin Funeral Directors Association members have not been paid for cremations performed on behalf of Colorado based Heritage Cremation Provider.  The Minnesota department of Health is investigating Heritage as well after families accused Heritage of not picking up remains in a timely fashion. Our take: Heritage is not a local company.  It puts up websites which look local but are not and then finds local funeral homes to do cremations.  We’ve noticed that the Heritage […]