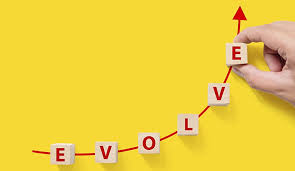 Kinwood CEO, Jeff Corcoran, is quoted with this comment in the press release, “The funeral & bereavement business is a mix of vulnerable clients, a predatory business model, and old-school funeral companies, all overseen by a regulatory body that seems stuck in the 1950s. This industry has not evolved in the face of major declines in funerals, burials, and religious participation. For families, the funeral industry is like a conveyor belt, and once someone dies, it’s difficult for clients to get off these pre-selected services with pre-selected companies.”

Again according to the press release, the May 20, 2022, submission to the Competition Bureau referenced this consumer research for Kinwood’s claims:

In a quote from the press release again attributed to Kinwood CEO Jeff Corcoran he says, “While the funeral industry has not evolved in over a century, society has changed, and so have the values and attitudes around death and bereavement. The BAO (Bereavement Authority of Ontario) regulations encourage families to use old-school funeral companies for event, flower, obituary, and other commemoration services. Many funeral companies receive commissions for these types of service referrals.”

Funeral Director Daily take:  From my point of view, this press release is a really strong – and more than likely a somewhat inaccurate — indictment of the funeral profession across North America.

I took a look at the website for Kinwood and they refer to themselves as the “Celebration of Life Company“.  They appear to be a company that creates memorial tributes and events and not a company that deals with human disposition and human remains.  They suggest that “There is a better way to commemorate remarkable lives and family legacies“. . And,  from all indications, they are very good at what they do.

However, again from my point of view, not every one will want a large scale production.  Traditional funeral homes and new start-ups dealing with things such as green funerals, natural organic reduction, alkaline hydrolysis, and even event centers built for non-traditional funerals seem to be making a move to cater to the movement of society away from traditional funerals.  It just struck me that the press release indicates that everything the traditional funeral director is doing is out of touch with the consumer wishes. . . . I don’t think that is correct – they have continuously been moving in a consumer friendly direction to adapt to things such as direct cremation and event planned services.

Just prior to writing this article I read an article from the Funeral Service Times of Great Britain entitled “The funeral market:  State of play in 2022″.  It centers around Suzanne Grahame, CEO of Great Britain’s funeral planning firm Golden Charter.

Graham says this about funeral directors, “The important role of the funeral director in society is something that really goes under the radar.”  She goes on to mention that “funeral directors are far more than the organizer of a funeral — their understanding of the grief journey, their willingness to flex to the variations of grief, family dynamics and the funeral wishes is underrepresented in the general narrative. . .”

Every business tries to protect their moat. . . . however as consumer wishes change that moat becomes crossable if the legacy businesses are unwilling to change.  Maybe it happens slower than most businesses.  But, in contrast to the Kinwood press release, my opinion is that funeral homes are adapting every day to meet the growing and changing needs of the consumer.

Enter your e-mail below to join the 2,759 others who receive Funeral Director Daily articles daily: