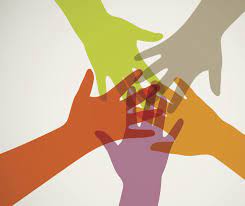 The funeral profession has long had its critics.  Those of us in the profession have to understand that and know that from time to time we are going to be broadsided by those critics’ calls for change.

Recently this article entitled “How ‘Big Funeral’ made the afterlife so expensive” was published in Wired.  It’s a good, if not one-sided, article that starts off by saying this, “You can’t die these days because it’s too expensive“.  It goes on to say that the average cost of a funeral in 2019 was $9,135 and that the average cost of a cremation was $6,645 for the same year.  From that author’s perspective, those amounts were just too much.

The author also states her point that in America today that funeral “. . .practices are not just financially devastating, they’re also environmentally calamitous.”

Regardless of your opinion on the price and environmental matters, the article is a good read. . . and thought provoking.  Like many funeral critic articles, it hypothesizes that as funeral home operations get larger, they don’t scale with lower prices like many growing enterprises. . . .they increase prices because of less competition.  The author makes the claim that Service Corporation International (SCI) prices average 47 to 72 percent higher than hose of its competitors based on a 2017 survey.

The article also brings up the Federal Emergency Management Administration’s (FEMA) fund for paying for funerals of Covid-19 deaths.  As you may know, FEMA was authorized by Congress to pay the bill, up to $ 9,000 per case, for most of those who had died of Covid-19 during calendar year 2020.

And while the author makes a pitch for potential “universal benefits” like this into the future, she believes the $9,000 number is way too high and, in effect, subsidizes the funeral industry without helping transform it in an environmental or economic way.  Philip Olson, a technology ethicist at Virginia Tech University, also has argued for government-funded death care.  Others argue that if that happened in today’s world, without changes in the industry, then that funding would simply benefit the funeral industry. The question comes up in the article, “Is that charity for the family, or a subsidized profit to the funeral home?”

Some of those who advocate for this universal death care benefit say that incentives for what a universal benefit may pay could be incentivized to keep costs down by making the options they perceive as either less costly or more environmental friendly.  It is suggested that dispositions such as natural burial, aquamation, natural organic reduction (human composting), and the like, could be incentivized by how much the government would pay for those preferred options.

We shouldn’t be surprised that there are those advocating for the government payment of death care services and which disposition methods should be favored.  The article seems to fit into where we are in America at this point in time with so much chatter about universal support in all kinds of situations.

I’m a free market capitalist with a concern that we have a “safety net” for those with difficulties.  There is not a lot that I am in agreement with this article, but, it is very interesting and thought provoking and those are the articles that I enjoy best. . . . I’ve learned in my lifetime that easy answers don’t happen very often so it is good to read of differing opinions before you make decisions.  This article does provide much “food for thought” and I would suggest taking the five minutes to read it.

Enter your e-mail below to join the 2,370 others who receive Funeral Director Daily articles daily: