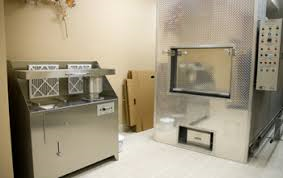 With cremation as a choice of disposition gaining acceptance and practice across the United States it stands to reason that funeral homes and crematory operators don’t just get into “a routine” without checking all of the boxes prior to the actual cremation.  Since cremation is irreversible, it behooves us as a profession to get it done right. . . every time.

When we installed a crematory into our funeral home in 2006 I put into place a cremation checklist which included all paperwork, the identification of the body, and the beginning of the cremation process having to be witnessed and signed by two people at all times . . .no exceptions.  Failure to do so was grounds for immediate termination.

I was so worried about a mistake. . . identity or cremation before authorization that I demanded this procedure.

Today I bring you two recent stories from California of what can happen.

The first story which you can read here involves the death of a three year old whom the coroner turned over to the biological father who then promptly had the child cremated without the biological mother knowing about such.  It is not known from the article whether the father knew about the mother’s lack of knowledge or not.  In any regard, the mother would not have chose cremation and now with the process irreversible, there is a problem.

Funeral Director Daily take:  These two stories point out things that can happen and go wrong.  It would be my advice to all who operate crematories to have two funeral directors sign off on all cremations.  There is just too much that can go wrong to risk your entire reputation on one mistake or misunderstanding.  As I’ve said on other issues, it is not only litigation that may be at stake, but the reputational damage to a business in many cases is the real loss in these types of mistakes.