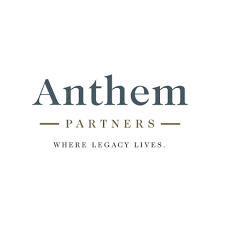 This press release from Frisco, Texas, based Anthem Partners will let you know that the privately-held operator of cemeteries and funeral homes has expanded into Canada with the addition of the Speers Group of Companies.  According to the press release, the Speers Group consists of funeral homes and memorial gardens located in the provinces of Saskatchewan and Manitoba.

The Speers Group has brought together five organizations that care for 2,000 families annually.

Here’s what Will Andrews, President of Anthem Partners -US, said about this combination, “The Speers Group of Companies in Canada join Anthem’s rapidly growing network of funeral homes and cemeteries which currently includes multiple locations in California.”

Here is the web-site for Anthem Partners

Funeral Director Daily take:  We’ve talked about this before.  Ever since Robert Waltrip expanded the family funeral business with the purchase of a second funeral home in 1962 and started on his path to creating Service Corporation International, groups have been involved in the acquisition of funeral homes to mimic Waltrip’s successful business modus operandi.  (Here’s a short history written in 2017 on Waltrip and the beginnings of SCI).

Some of these merger and acquisition businesses have been grown simply to sell to larger to companies and some have been brought together to form operating companies.  There is not enough known about Anthem Partners by me at this time to know what their end game may be.

It is apparent that since the start of the pandemic that money for these companies from the investment community is plentiful and there also seems to be a growing number of family businesses that are nearing the time when their baby-boomer owners may want leave the funeral business.  It’s hard to blame them because the main reasons are that of retirement age and the realization that there is no family that would like to follow in the family business.  In addition, the last two years of Covid-related business practices has not been easy on the older managerial sector.

Add to that fact that the general thought is that within the next year the Biden administration with its control of Congress will act to raise capital gains taxes on these owners.  To many, that may mean a great deal of cash going to the tax man instead of in their pockets.

When I had a guest appearance on Funeral Nation #237, that you can see here, we talked about this – starting at about the 16 minute mark of the broadcast.  Co-host Jeff Harbeson commented that he said he believes a lot of regional companies and even new companies will have a lot of end of year acquisition announcements.  We will soon see if this Anthem Partners announcement is just the first of many merger and acquisition announcements coming out in the near future.

Enter your e-mail below to join the 2,481 others who receive Funeral Director Daily articles daily: