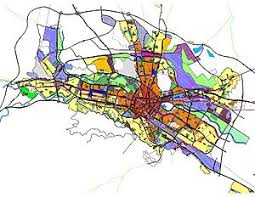 It’s became almost a weekly occurrence whereby I notice an article in a United States newspaper that pits a company that is in the cremation business against others in their community about where to locate a new crematory.  Such is the case today in a dispute over a crematory location in Dayton, Ohio.

This battle, which you can read about here in the Dayton Daily News. consists of a legal action filed by Norwood Medical that asks a county board to reverse its June 25 decision that would allow the Adam Dwyer Funeral Trade to open a crematory location at 1946 Lindorph Drive.  Norwood Medical is a maker of sterile medical supplies and contends that the crematory will negatively affect the company’s manufacturing process.  The proposed crematory is just 15 feet from the Norwood Medical building.

According to the article, Adam Dwyer “told the board he was investing in a new, high-tech machine.”  Dwyer has worked in funeral service for over twenty years and now operates a trade service for area funeral homes.

According to Ernie Kassoff, who is, according to the article, the national sales manager of Facultatieve Technologies, a cremation manufacturer, “Dwyer is buying a cremation machine that produces far less carbon monoxide than a diesel powered leaf blower, lower VOC levels than dry-cleaning machines, and less particulate matter than a household fireplace.”

Funeral Director Daily take:  As we said, it seems that every week we see articles like this on this subject of zoning.  Our guess is that it is because of two main factors.  Number one — cremation is becoming more and more popular and with more and more deaths it is done throughout the U.S. more frequently than before and number two — more and more people are concerned about the environment and have genuine concerns.  It is those issues coupled with some naivety on the part of the general public on how cremation is done in this day and age that causes the problem.

While I am certainly no expert on the subject, I would have to believe that modern crematories do not create the pollution and smoke that many community members seem to worry about.