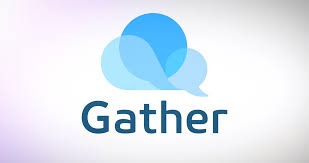 On Friday we published an article about funeral FinTech and software firm Tribute Technology fetching a reported “more than a billion” dollar amount when sold.  That same day we learned in this article that an Idaho funeral tech firm had just received a $4 million venture fund investment from Pelion Venture Partners based in Utah.

Gather, a Meridian, Idaho, based company, according to the article, “provides software solutions to funeral homes to help families after the death of a loved one.”

According to founder Zach Chatterton the company has “spent years really building a great product and being quiet about it — testing and iterating and proving that it’s what the market wants”.

Here’s more about the company according to Chatterton.  “We built a platform that works on two fronts.  It helps the funeral home do what they need to do to run their business, and it helps the family with everything they need to do. . . . .everything you need to do that you don’t think about when you are dealing with the death of a loved one.”

The article states that Gather can help families deal with such things as cancelling cell phones turning off things like Facebook, and even cancelling junk mail.

The company employs 12 at this time but expect the new funding to help increase that to about 20 employees.

Funeral Director Daily take:  We’ve shown the following graphic before, but we really believe that it shows why promising technology companies, if they can get traction, are highly prized at this time.  The graphic shows the growth of e-commerce and as you can see, after a steady rise over the last several years, how that growth accelerated in 2020 – due to the necessity because of the COVID-19 pandemic.

We think, in relation to that, that investors are really looking for those technology companies that are in fundamentally sound business fields.  And while death care has had declining per case revenue on death cases, the idea of death care being a sound and fundamental business is certain.  Families will still need care. . . . it just remains to be seen what type of care that is.

As a matter of fact, the number of deaths in the United States will only be increasing.  Funeral homes and providers of death care for the “body” have always been the recipient of the revenue of these deaths.  Then think of ancillary revenue items such as memorial folders, register books, and video tributes going forward.  In the new tech world some of those products may, and already have in some case,  become obsolete or may be marketed and sold directly to the consumer from outside the traditional funeral business environment.

What we see potentially changing is that of the revenue spent on “death care”,  we believe the consumer preference will be spending less of their total percentage on the “body” in the more traditional death care businesses and more on other creative memorialization options, possibly from other “outside the norm” death care providers.

It will be interesting to see if those ancillary memorialization options stay within the traditional funeral homes, crematories, and cemeteries as we know them today or if some of these funeral tech companies will be able to draw consumers out of that traditional market and into an ever growing group of options outside of the traditional market.