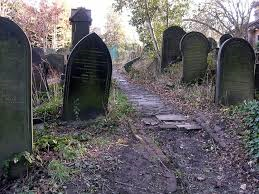 I’ve talked about one of the disconcerting trends in the death care industry of late is that of neglected and eventually abandoned cemeteries.  From my point of view I’ve pondered “Who will take care of these?”  As I’ve pointed out in some articles, there are cities and townships now having to take over the financial burden of caring for association or church cemeteries that have been all but abandoned as they receive less business — most of the time from falling rural demographics.

So, from the upstate New York paper the Press Republican, I learned in an article that you can read here that the State of New York has passed cemetery legislation that will ban “Standalone mausoleums”.  The bill was recently signed by Gov. Andrew Cuomo and comes as a result of the Whispering Maples Memorial Gardens mausoleums deteriorating in the towns of Plattsburgh and Ellenburg.   Leaders in both towns were stunned by the unexpected burden as they were handed the financial challenge of extensive repairs to mausoleums.

According to the article, under state law, operating and maintenance costs for the two facilities were passed to local municipalities in 2015 after the two mausoleums, along with a crematory in Ellenburg, were declared abandoned by the state due to disrepair and inadequate revenues and funds to cover future obligations.  The state ordered the municipalities to assume responsibility for the facilities within their borders.

Between then and now, the state appropriated about $2.3 million for repairs, renovations, and perpetual care.

Funeral Director Daily take:  I’ve said this before.  This is one of the unfortunate trends that I see in our business.  Less earth burial results in less revenue for grave spaces and less revenue for the actual process of digging the grave as well as less revenue to cemeteries who sell monuments.  Many smaller cemeteries are having a very difficult time surviving on less revenue than they are used to receiving.

It is an interesting juxtaposition, I actually believe that there is great opportunity in the interment of cremated remains in cemeteries that have large enough city populations so they can offer ground burial, cremation niches, and scattering gardens.  On the other hand, in smaller sized communities where there is not enough “scale” to be profitable, investments cannot be made for the options that consumers might choose.

Unfortunately, I just don’t see a reversal of the trend of smaller cemeteries reaching a scale where they can be economically profitable.  I think that bodes for the future of many of these cemeteries to be maintained by municipalities.