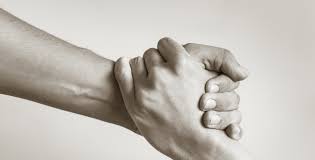 It was 85 years ago this past March when “funeral directors from across East Texas showed up. Dallas dispatched 25 doctors, 100 nurses, and 25 embalmers” to the small Texas oil boom community of New London.   After the tragedy and according to this article , “morticians embalmed more than 200 bodies in the Overton American Legion Hall over the next 18 hours”.

I learned of the tragedy of the New London School quite by accident when I was researching the Uvalde, Texas, school shooting and how funeral directors and others in the death care profession have been helping out there.  I had never heard of the New London School tragedy which happened on March 22, 1937, during the heart of America’s Great Depression.

I think you will enjoy reading the linked article which unfortunately describes the tragedy, but also shows the American spirit of those who rose to help in the aftermath. . . including funeral directors.

In essence, at 3:17 pm on March 22, 1937, only 13 minutes before school was to be out for the day an explosion rocked the school which was inhabited with 694 students and 40 faculty.  The roof collapsed trapping many of the people inside and when the count was totaled 294 children and faculty lost their lives.  To this day, still the largest school tragedy in American history.

Within 17 hours 2,000 volunteers had cleared the rubble bare but in doing so exposed the incredible loss of life.  Many children were unrecognizable and grieving parents had to identify their offspring via clothing or scars.

The article tells of funerals being held one after another in churches throughout the community.  When one funeral ended the casket was placed in a hearse, if available, or a pickup truck for transport to the cemetery.  Sixty-nine of the victims were buried side-by-side in the community’s Pleasant Hill Cemetery according to the article.

According to the article, “New London School, built on the largesse of oil money, had been constructed for $1 million —during the Depression — and was the first school in Texas to have a football field with electric lights. To cut costs, however, the school board had left the long basement under the building unfinished, used only for shop classes.”

Again, according to the article, here’s how the explosion happened:

“Initially, United Gas Co. had supplied gas to heat the school for $300 a month. Abruptly in January 1937, to save money, (Superintendent) Shaw and the school board sent janitors and a plumber to tap into a nearby oil company’s residue gas line. They laid pipes between drilling rigs and the school.

Aware their action was illegal, they rationalized that “everybody did it,” including local churches. Oil companies turned a blind eye to the practice. Due to a leak somewhere in the lines under the building, an estimated 6,000 cubic feet of natural gas had pooled, unnoticed.

Just before the dismissal bell that March day, Lemmie Butler, a shop teacher, turned on an electric sander he had repaired. That produced the spark that ignited the natural gas. And the New London School imploded.”

Out of this tragedy at least one positive result happened.  The Texas Legislature passed a law that “thiols” or “mercaptans” be added to all natural gas.  It is these ingredients that give natural gas a strong smell of “rotten eggs” and allows gas leaks to be detectable.   The practice has been adopted world-wide to avoid leaks leading to explosions.

Funeral Director Daily take:  Unfortunately, we have tragedies and accidents that happen.  As I mentioned in yesterday’s article and affirm from reading this article. .  . .I’m glad my profession seems to always rise to the occasion when needed.  It is something to be proud of.