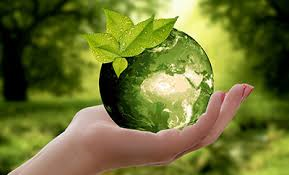 A written article and video news story from NBC Connecticut that you can see here tells the story of the death and eventual burial of Ms. Tessa Pascarella.  The story is one of the difficulty of having a green burial on land you own and how that can be accomplished.  To me, it is also a touching story of a son who would not quit in his pursuit of “doing for his mother what she wanted done.”

I don’t think that most children would have the patience and persistence that Mr. Aldo Pascarella exhibited in the quest to bury his mother, with her wishes, on their Connecticut land.  As the article puts it, “Aldo found himself in the process of seeking – and obtaining – state approval, along with getting approval from Sherman’s Planning & Zoning Committee as well as the town’s Inland Wetland Commission.”  And, this was all for burial on their own property.

On June 11, 2019, final permission was given for a small, private cemetery on the family’s own property.  And, sometime after that, according to the Pascarella family, Ms. Tessa Pascarella was buried.  Aldo Pascarella had completed the long journey that allowed him to abide by his mother’s wishes.

You see, Ms. Tessa Pascarella had died on January 21, 2018 — a period of about 15 months prior to the burial.  According to the article, “(her) remains had been stored in a climate-controlled environment at the Leo P. Gallagher Funeral Home in Stamford.  Ms. Pascarella had requested a “green funeral” with no embalming.

Again, according to the article, there are only two Connecticut cemeteries that are already using a portion of their cemeteries for green burials, but the Connecticut Green Burials Grounds group is pushing to create the region’s first all-green cemetery.

Funeral Director Daily take:  I have this belief as a 35 year funeral director that “lots of people talk about green burials but when it comes time to produce that option for consumers it just doesn’t happen all that much”.  I am not against green burials but just look at the practicality of them.  Traditional funeral homes are just not set up for them and have no reason to promote them because, in most instances, they will not bring in the profit point that a traditional funeral can. There have been a couple of green funeral home start-ups in the funeral home space, but I think the jury is still out on if they can be profitable in that niche.

And cemeteries are reticent to promote them for the same reasons — while they will sell lots — they will probably not bring in revenue for burial vaults and cemetery markers.  That leaves the green funeral movement the responsibility of developing their own cemeteries which takes capital investment and the money to do so — and many green funeral advocates are advocates not only for “environmental purposes” but for “affordability purposes” as well.  So I don’t see a groundswell of investment capital coming forward to develop cemeteries in the green burial movement to promote the idea.

I also believe that the death care world is on the verge of mainstreaming services such as alkaline hydrolysis, sometimes known as water cremation or green cremation, which will be marketed as an alternative “green” product that will be less expensive to the consumer than a green burial.  Also, I am aware that recompostion (human composting) has became legal in the State of Washington and the group that pushed for the legality has a plan to raise over $6 million for their first facility in the Seattle market that is scheduled to open in 2020.  I also see resomation as an alternative to green funerals for those consumers who are looking for that environmental human disposition.

And, while recomposition may be as expensive as green burials, it at least does appear to have at least one group that is serious about financing its start up.

Finally, one last issue with the Pascarella green burial on their own property situation.  From the video it appears that the Pascarelly family has many acres that it owns. . . . how will an eventual sale of that property be handled knowing that there are human remains buried on it?