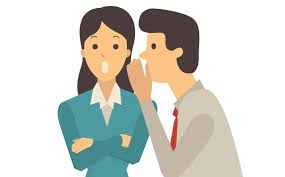 So, we are one week into the new year of 2022.  There are a few things that have been predicted since the new Presidential administration came into office last January, especially after the inflationary times that started last Spring.

One of the the predicted things we heard about was that a new administration may eventually get around to changing some of the tax laws about capital gains. . . . . in other words, how the money is taxed when you buy something for $100,000 and sell it for $1 million.  A difference in the percentage of that $900,000 gain can mean real cash to many people. . . . a 10% increase in federal capital gains could mean $90,000 more going to the federal government on that sample sale. . . . and when you consider many funeral establishments are worth a multiple of $1 million. . . that turns out to be real money to selling owners.

As of this writing the Biden administration has not passed laws pertaining to capital gains increases. . . yet.  However, there is growing evidence that many funeral homes were sold in 2021 with taxes, at least in part being a probable part of the equation for doing so.  There is other reasons for selling. . . not enjoying the work that Covid-19 has brought to the profession is another one of them.

While we did not hear of an overabundance of funeral home sales in 2021, we are starting to see announcements, and rumors of announcements, trickle in now.  It might just be that with the complications of a business closing that many of these transactions were completed right at the end of 2021. . . .and we will hear about them soon in 2022. 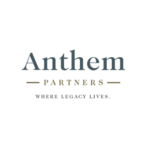 We’ve heard of at least one national consolidator that appears to have made some acquisitions that, to our knowledge, have not hit the press release stage yet and then we received this press release with a December 29, 2021, release date from Anthem Partners about the acquisition of West Tennessee Funeral Associates.

In any regard, we think that there was, as predicted, many changes of hands in the funeral home business that took place with closings in late 2021 that we will soon hear about.

A couple of other issues that we have heard about as 2021 progressed was those of inflation and supply chain disruptions.  We felt that those two items will cause prices of caskets to go up in the near term for sure. . . and possible long-term.  And, the issue of this type with caskets is simply different from having this type of issue with something like refrigerators.

With refrigerators, consumers probably will look around more and yet pay a higher price than they thought they were going to pay.  But, if they need a refrigerator. . . they will eventually purchase one.

With caskets, we don’t see the shopping around that we see with other case goods, however, that may happen.  What can happen with casket price increases, that both a funeral home and the casket companies don’t want to happen, is that consumer families may choose a different disposition method, other than earth burial, for their loved one if they perceive the earth burial, which generally necessitates a casket purchase, being too high.  That very well could be an un-intended consequence of inflationary casket costs.

Published in the December 16, 2021, edition of the Memorial Business Journal, was an article that mentioned that Batesville Casket Company, America’s market share leader, would be increasing prices via a “temporary commodity surcharge” on all product orders effective January 1, 2022.  Batesville President Chris Trainor was quoted, “As the price of steel, fuel, and other materials has surged, we absorbed the added costs to avoid disruption during an already difficult time.  But with inflation now at its highest level in 39 years and commodity costs continuing to outpace original projections, temporary actions were required to help offset the impact.”  Trainor continued by saying, “This is a dynamic situation, and as costs return to more normal levels and conditions allow, this temporary measure is more easily adjusted or revoked.”

We have heard that others in the casket industry plan to follow suit, but have not seen proof of it yet.

So, as we move into 2022 it appears that the world of Death Care will continue to give us evolving news.